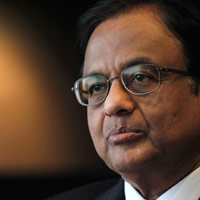 08 November, 2014
Print this article Font size -16+
Whether the government will reduce borrowing in the next fiscal year is too close to call, but economists polled by Reuters say its resolve to cut spending and giveaways in next week's budget will reignite investor confidence.

Finance Minister P. Chidambaram will deliver the annual budget on February 28, his last full budget before the country goes to the polls early next year.

Increased spending on social welfare and other benefits has been commonplace in Indian budgets for many years. But analysts say the tone of this budget will be different, steering clear of populist measures - even this close to an election.

"In view of this particular election, oddly enough, there may be political ground to be made on stressing that the government is keeping with its fiscal consolidation goal," said Vishnu Varathan, economist at Mizuho Corporate Bank.

Indeed, officals involved in budget preparations told Reuters the finance ministry plans to slash the public spending target by up to 10 per cent in the new fiscal year, which would make it the most austere budget in recent times.

Chidambaram has already slashed public expenditure in the current fiscal year to March by some nine percent from the original target.

In the Reuters poll, conducted between February14-21, 19 of 23 economists expected the budget to help bring in foreign investment.

Almost as many, 18, predicted the focus of Chidambaram's budget speech will be on slashing subsidies and government handouts.

Eighteen said they expect spending cuts to mainly focus on fuel subsidies and defence. India's fuel subsidy bill swelled by almost 73 per cent in 2011-2012, compared to the previous year, while defence allocation rose 18 per cent in the last budget.

The poll also predicted the finance ministry will axe spending on rural development and food subsidies.

"This will not be a common man's budget simply because there is very little room for that," said Jyotinder Kaur, economist at HDFC Bank.

India's fiscal deficit target now stands at a revised 5.3 per cent of GDP this fiscal year. Chidambaram has said he wants to get that down to 4.8 per cent in 2013/14.

Economists in the poll were split on the chances of overall government borrowing in 2013-14 being reduced from 5.7 trillion rupees in 2012-13.

Bringing Back Foreign Investment
Once considered a rising star in Asia, the Indian economy has lost its shine in recent years. Preliminary estimates released earlier this month showed growth dwindled to an annual five percent rate in the current fiscal year to March.

If confirmed, that would be the slowest growth rate that Asia's third largest economy has clocked in a decade.

The poor performance is reflected in the rupee's depreciation, as the current account deficit has widened due to weak exports and slack inflows of foreign direct investment.

A weak global economy, particularly among major trading partners like the euro zone, is partly to blame for India's poor performance lately.

But the government's hesitancy implementing reforms to attract foreign capital, and the ballooning current account deficit has left India vulnerable to a potential downgrade in its sovereign debt credit rating to junk bond status.

To arrest the slide in investment, the government announced major reforms late last year that included, among others, permission for global retailers to set up shop in India and allowing foreign investment in aviation and broadcasting.

"By and large we expect investor confidence to grow rather than ebb given that...the Ministy of Finance has got its sights set on rather achievable goals and have put a lot of clarity on the direction they want policy to take," added Mizuho Corporate Bank's Varathan.