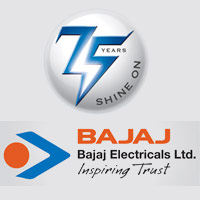 08 November, 2014
Print this article Font size -16+
Bajaj Electricals’ order book has risen by 50 per cent to Rs 3,400 crore this year because of the intensified spending in power infrastructure. It has bagged large orders in the last one quarter from power distribution and transmission space. Because of the rise in order inflow, the company expects to register 25 per cent year-on-year growth in revenue over the next two years.

Engineering and projects business performance has been below par on account of aggressive bidding, execution slippages, inefficient monitoring and slowdown in domestic order inflows. In FY14, the company had closed most of its old sites, where cost overran, and handed over to the clients after provisioning the losses on books. Given the closure of most of the old sites and new order book gained at a minimum threshold margin, the segment is expected to report a turnaround at EBIT level from second half of FY15, says IIFL.

Consumer and lighting segment witnessed lower growth due to weak demand in some products and demand slowdown. The company expects most of the segments except CFL to register strong growth going forward led by expanding its product reach into semi urban markets and higher advertisement spending.

The company also plans to revamp its Morphy Richards product portfolio to boost sales with new models in the premium segment. The brokerage expects both the division performance to improve from current levels and witnesses an EBIT CAGR of 20 per cent over FY14‐17. At the CMP, the company is trading at 12.1x FY16 earnings, quite lower than its peers Havells and V‐Guard and attractive considering the strong growth in earnings.

In the last one year, the company’s share price has risen by 73 per cent to Rs 277, after hitting all time high price in May at Rs 376.90 on Bombay Stock Exchange.