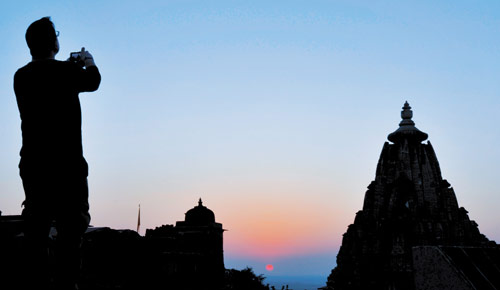 08 November, 2014
Print this article Font size -16+
A quick scan of newspaper headlines from mid- to end-November suggests that things are beginning to look up again. The stockmarket indices are moving up, thanks  to the positive noises from Parliament — the FDI in retail impasse seems to have ended — and rating agency Moody’s, in a recent update, has said India’s credit is stable. Also, Goldman Sachs, the US investment bank, is advising foreign institutional investors to go overweight on Indian stocks in their portfolios. After a long hiatus, a number of deal transactions are being regularly announced.

But let us pause before bringing out the band. GDP numbers announced by the Central Statistical Organisation for the second quarter of FY13 on 30 November were broadly in line with most expectations — Moody’s had forecast July to September GDP growth at 5.5 per cent (its update also forecast growth at  6 per cent in FY14).

In fact, the GDP numbers continue to paint a rather dull picture of the economy; consumption demand is down, growing at 3.7 per cent compared to more than 7 per cent for the last five years; agriculture grew at just 1.2 per cent and services grew at about 5.5 per cent (the long-term average is 10 per cent).

The only good news: investment demand is up modestly, at 4.1 per cent over last year’s 2.25 per cent. Since the 8-plus per cent GDP growth rates achieved from 2004 to 2009 were investment-led, the second quarter’s growth is a sign of hope. We will have to wait for data from the next two quarters to assess sustainability.

But here lies the rub: the data is historical; it is about what happened two months ago and is, effectively, already irrelevant. It might cheer markets — which is odd given the substantial economic literature showing that GDP growth and stockmarket performance are unrelated — but no more than by a blip.

Most importantly though, Moody’s analysis made a subtle point: the outlook was stable compared to other emerging economies. Simply put, it is a relative grade, not an absolute one. There is still a lot of work to be done before faith in an economic growth revival becomes rooted. In other words, go with the (data) flow, not the mood.