Varun Dhawan posted a clip on Instagram from his film 'Street Dancer' where he is seen delivering a breath-taking performance on the national song 'Vande Matram' as he extended greetings of Independence Day. Along with the video, he noted, "Happy independence day #vandematram. To all the doctors, nurses, police force, army and every frontline worker working day and night to keep us safe thank u ." 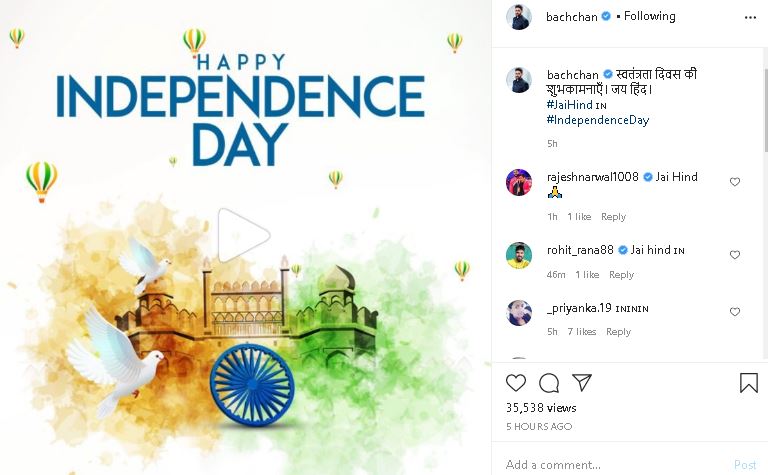 "Saluting our great nation & each & every person who sacrificed their lives for our freedom. Let's honour their undying spirit, today and always. Jai Hind .#IndependenceDay," noted Siddharth Malhotra as he extended Independence Day greetings in an Instagram post. 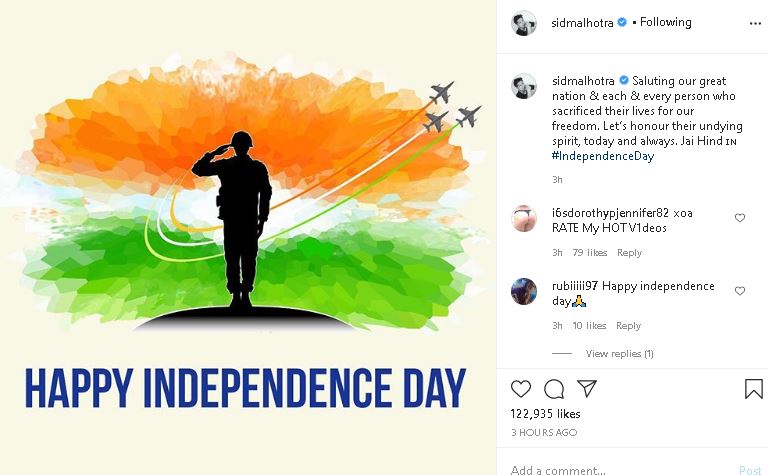 By posting a still from her film 'Gunjan Saxena: The Kargil Girl,' actor Janhvi Kapoor extended greetings on the 74th Independence Day. Along with the video, she noted, "Hamara Bharat sabse mahan, wearing this uniform is a feeling I will cherish forever. Happy Independence Day to my motherland; a land with unparalleled culture, history and beauty. Like today, may we always be united by our love for our great nation #JaiHind ."

Kartik Aaryan posted a video on Instagram as he proudly hoists the national flag while flashing a smile amid a crowd of school children cheering for the star. Along with the video, "Best Feeling #HappyIndependenceDay."

Randeep Hooda posted a picture on Twitter that showcased the national animal- Bengal tiger holding a bamboo stick tied along with the national flag, in the middle of a forest. Along with the picture he noted, "Vande Mataram #IndependenceDayIndia2020." 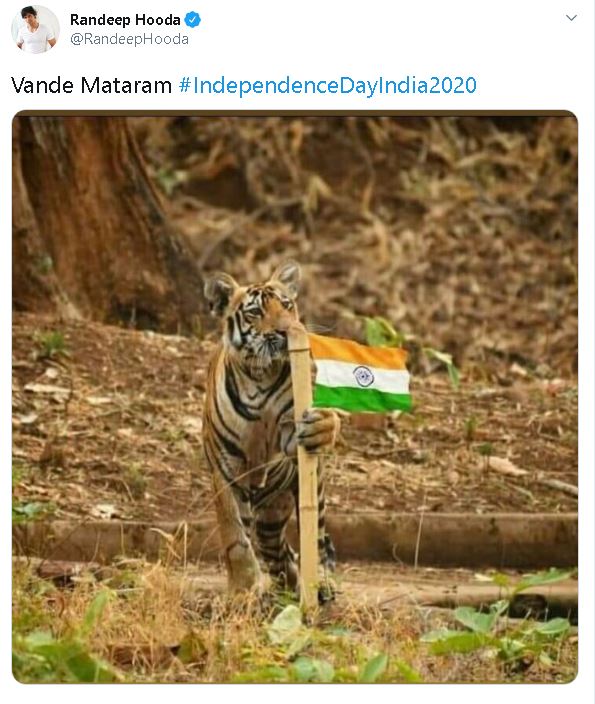 This year, Independence Day celebrations are held in a different manner due to the COVID-19 pandemic. The arrangements have been made keeping social distancing norms in mind.