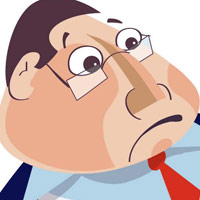 Some departments are more prolific at adding unbudgeted people than others. A look at this year's expenditure chart shows that the Department of Atomic Energy intends to ramp up its staff strength from 33,492 to 37,632. For some odd reason, the civil aviation ministry plans to add a fresh 267 people to it rolls.

There are some departments where additional recruitments are necessary. Given the current law and order situation, the police force is expected to grow by 57,568 in the new financial year. Last year, the police force added 63,466 to its previous year's strength.

However, Mukherjee is not hiring in a big way for his own ministry. Only 13 people will be added to the Department of Financial Services. Perhaps to offset this, the Department of Economic Affairs will cut its staff by one person in FY2013, reducing its staff strength from 1,352 to 1,351.