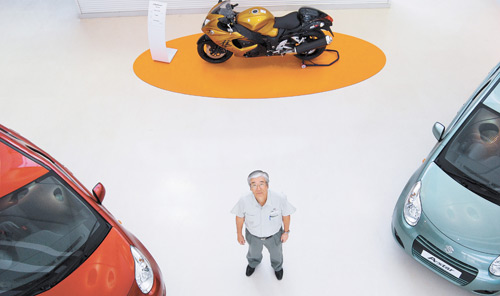 The challenge for Maruti was internal. "Suzuki was very clear that quality should never be compromised," says Pareek. Although Maruti had been making cars for three years in 1987, it had the big task of scaling up quality to become globally competitive. Amidst a nascent auto industry, the carmaker realised that to improve the quality of the end product, it would have to create a vendor base competent enough to supply as per global standards. "In our time, there was nothing. We had to literally hand-hold people and show how to work. We had to get global collaborations for domestic vendors to make components," says Pareek.

The company brought in foreign collaborators and created as many as 14 joint ventures to develop a vendor base. "Then, India was not a hot destination for foreign capital. Since nobody knew a third party, in many cases we stood guarantee. We were silent partners in these joint ventures, putting in money," he says. Maruti also started a vendor development programme in which company employees would be stationed at vendor facilities to educate them about Maruti's production and quality systems. The programme called ‘Shikhar' is still on with Maruti's team working with vendors to identify quantifiable improvement areas.

Overcoming the quality challenge proved to be a boon for the entire industry as now the country has a vendor base which supplies to manufacturers worldwide. It has also led to global manufacturers setting up shop in India. "Leadership is not about benefiting yourself, but benefiting the industry at large," adds Pareek.

As a leader, Maruti Suzuki helped create not just a thriving local auto industry, but also opened doors for firms from various industries to tap unexplored markets. Pareek says that many firms from different sectors consult Maruti about its strategy for approaching new markets. Without naming the firms, he says that mainly people from two-wheeler, logistics and consumer durable industries turn to Maruti for guidance.

On the back of its leadership in the small car segment, Maruti will continue to expand in non-European regions. It believes that African and Latin American countries hold huge potential. Pareek is categorical when he says: "We believe there is a big future in small cars."