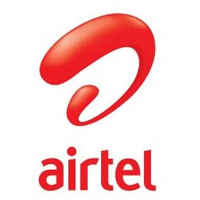 The poster boy of India's telecoms sector has fallen 12.6 per cent since reporting a 10th straight quarter of declining profits on Wednesday.

Intense competition has forced the carrier to pare some call prices and spend more on networks and marketing in an effort to hold market share, squeezing margins.

Goldman Sachs downgraded the stock to "neutral" from "buy" with a revised target price of 270 rupees, saying it expected "relatively weak" operational momentum in Bharti's operations in India and Africa.

"We see further downside risks to consensus estimates if Bharti continues to maintain/regain market share at the expense of profitability," Goldman analysts led by Sachin Salgaonkar wrote in a note to clients.

Bharti shares fell 6.4 per cent to end at 256.75 rupees, their lowest close since Oct 26,2006, and extending a 6.6 per cent drop in the previous session. The stock is down more than 25 per cent on the year, compared with a rise of about 14 per cent in the broader BSE index.

Established Indian carriers such as Bharti and Vodafone's local unit are expected to benefit from a shake-up in the crowded market after the country's top court ordered the revoking of permits awarded to eight smaller rivals, including Telenor's Indian unit.

The permits affected by the court order will be revoked after a mobile airwave auction, which will be the last chance for the companies to win back their permits.

The auction had been due by end-August, but the telecoms ministry is seeking a delay until November as it finalises the bidding rules and the process.

"While our long-term thesis of an imminent shake-up in the sector and/or tariff hike stays, the wait for realising these gains is getting longer," they wrote.

Analysts are most bearish on the outlook for the telecom services sector in India, according to Thomson Reuters' StarMine Data, which gives the sector a score of 28 for an upgrade in ratings and earnings estimates. By comparison, the Indian healthcare sector has the highest score of 78.