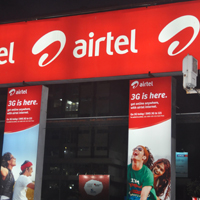 According to the company website, internet or data plans that give customers discounted rates will only be valid for internet browsing and will exclude Voice over IP services (VoIP).

VoIP services include those such as Skype, Line and Viber that typically let users make free calls through the internet.

An Airtel spokeswoman said the charges will only apply to pre-paid customers and will be implemented soon.

In India, telecom carriers make most of their money from pre-paid customers, or those who pay in advance to use their services, instead of being billed at the end of the month.

"We have made some revisions in the composition of our data packs, and will offer VoIP connectivity through an independent pack that will be launched shortly," Airtel said in an emailed statement.

The popularity and business model of services such as Whatsapp, Skype and others, where users can text or make calls without having to pay extra money, has been a bone of contention with telecom carriers for long, who say these services use their infrastructure to make money.
(Agencies)
Tags assigned to this article:
news 9 telecom airtel skype voip line viber