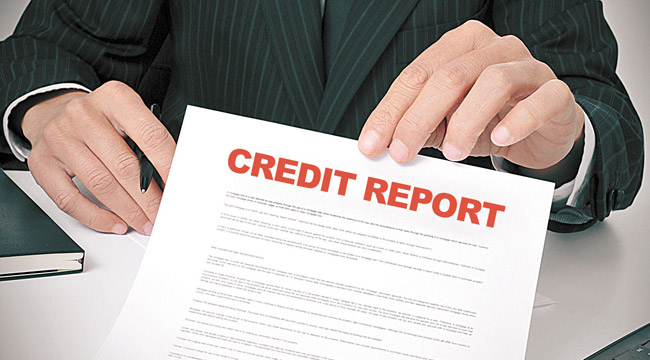 31 March, 2015
Print this article Font size -16+
Ever wondered why despite credit information bureaus, banks treat you badly as a retail customer? What was whispered is now out — there’s junk information. “Data submitted member credit institutions is not regular or accurate. There are many instances of junk values, incorrect data and incomplete identifier field information being submitted,” says R. Gandhi, deputy governor, RBI. No amount of technology can help banks if it is only GIGO (Garbage In, Garbage Out). Ironically, while India has fallen two spots to 142 in World Bank’s ‘Doing Business 2015’ in respect of depth of credit information, it performs quite high scoring 7 out of a total of 8. We lost out as our retailers and utilities do not distribute data to credit bureaus. If telcos and power companies were to do so, it would not only help them, but also go a long way to assess the credit worthiness of small and medium borrowers in rural, hilly and tribal areas not covered by banks.
— Raghu Mohan

At Sixes And Sevens
The modi government is hoping it can repeat its success in getting the insurance Bill passed in Parliament in the case of the land acquisition Bill as well. But that seems highly unlikely. For one, the country is awash with farmer protests against the ‘forcible’ acquisition clauses. The Opposition parties are part of these protests as well, and even BJP allies like the Shiv Sena abstained from voting in favour of the Bill in the Lower House. Second, while the Lok Sabha was easy to manage, the government just does not have the numbers in the Rajya Sabha to push the Bill through. Modi is indeed in a difficult spot. Murmurs of ‘non-performance’ are building up in industry circles; on the other hand, farmers are up in arms. He can’t seem to please either.
— Gurbir Singh

Insurance With Assurance
One of the biggest positives of the new insurance Bill is that a claim cannot be rejected on any ground after three years of paying premium. In other words, insurance companies cannot reject your claims on flimsy grounds such as misinformation, inadequate application status or wrongful disclosures after three years of taking the policy. The new insurance Bill also gives more powers to the insurance regulator, which will make it difficult for companies to deceive policyholders. Customer protection and cost reduction (of insurance) may top the to-do list of the regulator. Industry experts expect foreign inflows worth Rs 25,000 –30,000 crore into the sector in the near term. This will enable private insurance companies to expand into the hinterlands.
— Shailesh Menon

Reaching Out To The Stars
Close on the heels of Star India’s acquisition of MAA Television network that operates in the Telugu-speaking markets, its holding company 21st Century Fox, has bought two more media entities in India — online M&A deal reporter VCCircle and film magazine Screen owned by Express Newspapers. Star, and its principal, Rupert Murdoch’s NewsCorp, have been ramping up presence here through sports television and launch or acquisition of regional channels. An obvious advantage of VCCircle is that it will give the group a ringside view of deals and, therefore, show what else it can snap up. The acquisition of Screen is more intriguing. Sources at Star say Screen will soon cease to exist as a printed publication, and become an online entity. However, it appears that it is not so much the magazine or the Bollywood archival bank it holds that the new owners are after as much as the event properties such as the Screen Cine Awards. As an entertainment major and a film producer in India through Fox Star Studios, Star needed to fill the crucial link of being in the events business and of celebrating the glitz and glamour of Bollywood entertainment. Screen Cine Awards, under Express Newspapers, was struggling. But the brand backed by Star’s financial muscle will aim to give competitor Filmfare Awards a whipping. Bennett, Coleman & Co. watch out!
— Gurbir Singh

A Meaty Problem
The Maharashtra legislation banning the slaughter of cows and bulls not just breaks the heart of beef lovers but may also hurt the economy. Cattle skin is one of the key raw materials for the domestic leather industry, which exported goods worth $5.9 billion last year. Besides, leather is among the 25 ‘Make in India’ sectors that the Modi government is pushing hard to promote. Technically, a ban on cattle slaughter in one state need not impact the availability of beef in other parts of the country. But what is the guarantee that other governments — especially in the BJP-ruled states — won’t follow suit? One can always import raw material, and import of cattle skin is certainly one such option. But what happens to all the talk about cutting dependence on imports in sectors where domestically available raw material is ample?
— Joe C. Mathew
Shooting From The Heart

It was quite a bombshell that Nirmala Sitharaman dropped at a Women’s Day event in Mumbai. Lashing out at the lip-service that is often paid to the issue of women’s empowerment, the minister of state for commerce & industry (independent charge) said: “I too was inducted in a lateral way as part of a political party’s reservation policy.” The gasps and flutter of amusement among those present on the occasion were palpable. “I have always been used to being accepted on merit,” the former PricewaterhouseCoopers and BBC executive asserted. Sitharaman then tried to backtrack a little by saying that even though she came in as “part of a quota system”, she had worked hard to gain acceptance on equal terms with men in the BJP and the government on the “basis of performance”. All this may spell trouble for the minister, but kudos to her for shooting from the hip! In fact, she said that in her endeavour to further the cause of business and economic empowerment of women, she had adopted two fishing villages where she was working to help women fisher folk sell their products online. In the village she is also promoting digital literacy by setting up a computerised community hall.
— Gurbir Singh
(This story was published in BW | Businessworld Issue Dated 06-04-2015)
Tags assigned to this article:
magazine economy maharashtra insurance gurbir singh joe c mathew shailesh menon star india nirmala sitharaman magazine 06 april 2015

Pollution Led To Over 23.5 Lakh Premature Deaths In India in 2019, Highest In World: Lancet Study