Before The Rot Sets In 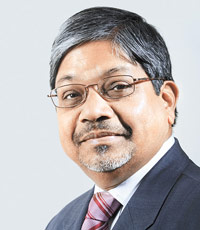 08 November, 2014
Print this article Font size -16+
India runs a Public Distribution System (PDS) that is second in terms of size only to China, though the latter runs it much more successfully.

The objectives of the PDS in India are multi-fold. The primary objective is to make available a certain quantity of foodgrain, mainly rice and wheat, at lower than their open market prices to those who are below the poverty line (BPL), both in rural and urban areas, both in surplus and deficit states. Therefore, the scheme is referred to as the ‘Targeted PDS’. Incidentally, even people above the poverty line (APL) are provided such foodgrain, but the quantity is relatively less and the prices higher than those charged from the BPL category.

The second objective is to help control or stabilise the open market prices of these grains (rice and wheat) by increasing their supply through releasing some quantity from government stocks. These stocks could be called normal or usual stocks of foodgrain.

The purpose of maintaining buffer stocks is, however, to overcome the problem of scarcity of foodgrain in the event of uncertain production, which still largely depends on the vagaries of the monsoon. Buffer stocks are thus a safety valve that is supposed to help the government deal with a scarcity situation and ensure steady supplies of foodgrain.

The third objective is to stabilise foodgrain prices by reducing the intensity of fluctuations.

Now, the economic cost of procurement of rice and wheat comprises their procurement (that is equal to their respective quantities purchased multiplied by their respective procurement prices) and all post-procurement incidentals that include cost of transport, storage of stocks including the buffer stocks, and those incurred on distribution.

Recently, three things have been noticed, and they are somewhat disturbing.

First,  during the 10-year period from 2001 to 2011, the quantity of foodgrain distributed through the PDS as a proportion of the net availability increased from 8 per cent to about 22 per cent, averaging to about 15 per cent. This means the rest of the foodgrain is distributed through the open market and stored with the government in the form of normal buffer stocks as well as buffer stocks. But this also means that the buffer stocks (for that matter the entire PDS as a whole) are not used as a major instrument of stabilising foodgrain prices.

The third reason is that continuous increase in the procurement prices of rice and wheat, sometimes substantially, has been a major factor contributing to the ever-increasing food subsidy. And procurement prices are rising mainly to compensate for the rise in cost of cultivation due to costlier input. For 2011-12, the budgetary provision was Rs 65,000 crore, which was later revised to Rs 72,800 crore. But the actual food subsidy has reached the level of Rs 95,000 crore.

In view of the above mentioned facts, what is disturbing is that a sizeable part of this food subsidy is incurred in maintaining the buffer stocks (including normal stocks) and does not constitute the direct consumer subsidy.

What’s even more intriguing is that successive governments have failed to create adequate storage capacity for reasons best known to them. So it is not surprising that some of the stock that is stored in open godowns without proper arrangement rots and gets wasted.
It was in view of this that the Supreme Court had directed the government to distribute some portion of the stock to the poor and vulnerable sections of society free of cost rather than allowing it to rot away.
It is ironical that in a country where about one-third of the people continue to live below the poverty line simply because they do not have adequate purchasing power to buy foodgrain, the government is confronted with a problem of how to reduce the buffer stocks and thus reduce their carry-over costs, and finally reduce the food subsidy.
To sum up, the government must find rational ways and means to drastically restructure the entire PDS with a focus on the buffer stocks policy. Mounting food subsidy, ever-increasing size of buffer stocks and their poor utilisation, large-scale poverty and hunger in the country and implementation of the forthcoming national food security programme — all these indicators make it imperative that the government take decisive steps in this direction. The sooner the better.
The author is Member of Parliament (Rajya Sabha) and former member of Planning Commission.
(This story was published in Businessworld Issue Dated 27-08-2012)
Tags assigned to this article:
economy india supreme court opinion china pds bhalchandra mungekar poverty line magazine 27 august 2012 government stocks agricultural economy