Beauty Of A Deal 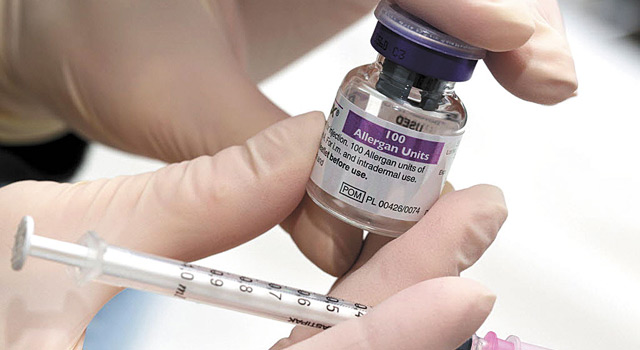 02 December, 2014
Print this article Font size -16+
Actavis has agreed to pay $66 billion for Allergan, the maker of the anti-wrinkle treatment Botox, in the year’s biggest pharmaceutical deal. The cash-and-stock deal, in which Actavis will pay $219 a share, also puts an end to Valeant Pharmaceuticals International’s months-long hostile takeover fight for Allergan, a move backed by activist investor Bill Ackman. When the deal closes in 2015, it will create a new top-10 drugmaker, capping a remarkable rise by Actavis which, four years ago, was worth less than $10 billion. The deal with Allergan reinforces Actavis CEO Brent Saunders’ reputation as a fast-paced dealmaker.

Another Reboot
Intel, struggling to gain a foothold in mobile computing, is merging its mobile phone and tablet businesses with the division that makes chips for personal computers. The reorganisation of the two units that have been running at a loss, announced internally, will be completed early next year, Chuck Mulloy, a spokesperson for the chipmaker, said. “The lines are blurring between PCs, tablets, phablets, and phones,” Mulloy said. “The idea is to accelerate the implementation and create some efficiency so that we can move faster.” The combined unit will be led by Kirk Skaugen, who heads the PC-chips business. Intel has struggled, even after more than a decade of development efforts and billions of dollars in spending, to make headway in the fast-growing market for phone and tablet chips. Intel is yet to decide whether the new arrangement will be reflected in its earnings reporting structure, he said.

Powering Off
Warren Buffett’s Berkshire Hathaway will buy Procter & Gamble’s Duracell battery business in exchange for its $4.7-billion stake in the world’s No. 1 household products maker. P&G, in the midst of selling half of its slow-growing brands, will pump $1.8 billion into Duracell before the transaction. “I have always been impressed by Duracell, as a consumer and as a long-term investor in P&G and Gillette,” Berkshire Hathaway chief executive Buffett said. P&G said the deal will be tax-efficient for it and maximises Duracell’s after-tax value. “It is a good thing that P&G is moving swiftly to divest its non-core brands,” Sanford Bernstein analyst Ali Dibadj said. “However, I don’t take it as a good sign that Buffett would rather own Duracell than P&G.”
Call Drop
A US judge has rejected Samsung Electronics’ bid to put Microsoft’s lawsuit over smartphone patent royalties on hold, while the South Korean company pursues an arbitration proceeding in Hong Kong. In a brief order, US district judge Jed Rakoff in New York said the lawsuit will proceed despite the arbitration. Rakoff said he will explain his reasoning in a subsequent opinion. MS sued Samsung in August, accusing it of breaching a collaboration agreement by initially refusing to make royalty payments after the US company announced its intention to buy Nokia’s handset business in September 2013. The lawsuit claimed Samsung still owed $6.9 million in interest on more than $1 billion in patent royalties it delayed paying. Samsung countered that the Nokia acquisition in April violated its 2011 deal with MS. In a previous filing, Samsung agreed in 2011 to pay MS royalties in exchange for a patent licence covering phones that ran Google’s Android OS.

Birth Of A Giant
Halliburton will buy Baker Hughes for $35 billion in cash and stock, creating an oilfield services behemoth to take on market leader Schlumberger as customers curb spending on falling oil prices. Halliburton expressed confidence that the tie up of the No. 2 and No. 3 players in the services industry would clear regulatory hurdles, saying it was prepared to shed assets to mollify antitrust concerns that could arise in Asia, Europe, and the US.
The deal, the second-biggest in the US energy sector this year, could create a company with more revenue than Schlumberger.
Mega Fine
British, American, and Swiss regulators fined five of the world’s biggest banks a combined $3.3 billion for conspiring to manipulate the foreign currency markets, the latest scandal to hit an industry facing increased scrutiny and mounting legal costs for its past sins. The fines come as regulators are increasingly targeting a business culture in the financial industry that they say encourages improper conduct by its employees.
Connect Call
BlackBerry has struck a wide-ranging partnership with Samsung, unveiling its new security platform and mobile device management for Android Galaxy phones and tablets, sending its shares more than six per cent higher. The system couples BlackBerry’s device management capability with the KNOX software embedded on Samsung’s Galaxy phones and tablets. It will be available in early 2015, the companies said. John Jackson, a technology analyst at International Data Corporation said the partnership of BlackBerry and Samsung is a very big deal. The partnership will have the maximum significant practical impact potential, said Jackson.
Poor Rating
Rating agency Standard & Poor’s assigned Twitter’s recent bond offering with a “junk” rating, indicating it has a relatively low view of Twitter’s ability to repay its debts. The BB- rating from S&P is reserved for companies where the business looks relatively stable in the near-term, “but faces major ongoing uncertainties to adverse business, financial and economic conditions”. Twitter is working aggressively to expand its user base and revenue, but S&P still doesn’t expect the social media firm to post positive cash flows until 2016. Twitter reported a net loss of $175.5 million in the last quarter.

Growth Wings
The aviation sector contributed $26.7 billion to the Dubai economy in 2013, which was 27 per cent of Dubai’s GDP and supported a total of 416,500 jobs accounting for 21 per cent of the Emirates’ total employment. The figures are based on the report conducted by global research firm Oxford Economics. The report seeks to quantify the economic impact of the aviation sector and its subsequent Dubai-based supply chain. For every 100 jobs created in aviation, an additional 116 jobs are created elsewhere in Dubai, it said.
The Fall
Japan’s economy unexpectedly slipped into recession in the third quarter, setting the stage for PM Shinzo Abe to delay an unpopular sales tax hike and call a snap election two years before he has to go to the polls. The recession comes nearly two years after Abe returned to power promising to revive the economy with his ‘Abenomics’ mix of massive monetary stimulus, spending and reforms, and is unwelcome news for an already shaky global economy. The world’s third-largest economy had been forecast to rebound by 2.1 per cent, but consumption and exports remained weak, saddling companies with huge inventories to work off.
(This story was published in BW | Businessworld Issue Dated 15-12-2014)
Tags assigned to this article:
magazine samsung microsoft twitter intel blackberry warren buffet emirates shinzo abe globescan magazine 15 december 2014 chuck mulloy actavis allergan