Hierarchical prejudices around promoters’ age, legacy and vintage have to be unshackled. Over a point in time, regulatory outlook will play out how much of licensing-arbitrage banks will hold against FinTechs in this competitive landscape 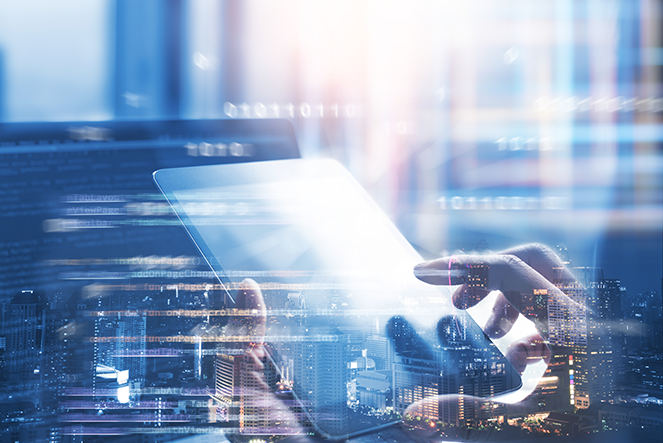 “Banks are under digital transformation and own the consumer wallet.”

“Banks are upgrading their digital systems.”

“Collaborative efforts between banks and FinTechs will enhance consumer convenience.”

One heard many such statements that announce the existence and existential worries of the sectoral players. What was celebrated just a few months ago was how the FinTechs were changing financial narratives. The valuations were celebrated as if they were singularly changing the economic destiny of the population. And unicorns were celebrated as national achievements.

The winds of change in the tonality has shifted with few recent regulatory announcements by the RBI. The media and social media goes berserk, as if it’s war declared by the regulator on FinTechs.

Regulations exist for a reason.

The prime regulatory role is towards consumer protection. It is that unique aspect that builds trust in the regulatory system over a period of time. In this process, financial regulators are tasked with ensuring fiscal stability, reducing or managing any type of known or unknown risks that impact the larger economy or markets.

After what the world went through in the shape of the great financial crisis (GFC) of 2008, financial regulators do rightfully worry if any lending product has the potential to create a society with high levels of indebtedness. For a market with large young demographics, that could end up as a national security concern as well as a social pain.

Over the past seven or eight years, India has witnessed the evolution of many FinTech ideas and scaled entities. Many of them brought in the framework that the governmental policies encouraged and helped actually shape Indian tech and digital stack, usage of the widespread availability of internet access, encouragement of entrepreneurship and availability of private capital. These were ably steered by the various sandbox policies of the financial regulators. More importantly, these ideas offered convenience to the consumers, whose demographics were changing the way they looked at accessing finance!

Of late, the regulators have been plugging any arbitrage available to the participants. Some of these changes would push for the digital ecosystem to reshape their product offering. Some of these in the lending ecosystem include regulatory views on co-branded cards, lending into a wallet (PPI), BPNL products, etc.

While many of these products were, and are, offering consumer convenience, they were in many cases, using regulatory gaps. For a serious topic like finance, regulations have to be firm, even if nimbleness is expected for allowing for innovation. While some quarters will want innovation to be at the edges, that cannot infringe on current rules of the system. Regulations will need to be heeded.

Importantly for a conservative fiscal regulator, the jargonised discourse about valuations won’t cut any ice. But again, to be fair to FinTechs, they have had enough positive impact on consumers as a show of intent and potential. They have the potential to do more. Yes, they have been disruptive.

Questions abound on whether FinTechs have used regulatory loopholes to design products to serve consumer needs. The answer is ‘yes’. The same accountability also rests with the regulators in setting a timeline to steer any gaps, and to proactively take the views of market participants.

In the same breath, let’s say that there is a vehement consensus that banks do hold the upper edge in the licensing arbitrage against non-banks (including FinTechs). But that’s a fair arbitrage, considering the state of current rules that offer such an advantage.

So the unnecessary worries that the regulator stifles innovation is misplaced and needs to be offset with continued innovation-to-consumer offerings. It is in the consumers’ interest that the regulator hold up the mirror. And that includes for shaping innovation too, while it is almost impossible for regulators to keep pace with industrial innovation.

Regulatory systems and capacity building will take time around digital finance. Regulations, especially being run outside of private sector industry, will not be able to build capacity overnight. The supervisory aspect will be of concern, till they have surety of their team strength and ability to monitor all stakeholders.

Let us not demean digital financiers for the fault of a few who may be away from regulatory scrutiny. Most large FinTechs are well capitalised, are run by smart young professionals and have known board members.

The shallowness of our debt market and its implications on non-banks is not understood from the business model perspective. And it is also underrated by private investors. Globally the bond markets are robust and deep. They take care of large borrowers, including corporates. Their banks take care of medium and small-sized borrowers. Whereas in India, our bond market is just about growing up. Numbers notwithstanding. Hence large borrowers end up borrowing from the banks. And the government of India (GoI) and it’s entities are large borrowers in our financial system. Who can compete with sovereign backing?

This makes banks a large lender to non-banks. The non-banks don’t have many other sources to borrow from in the domestic debt market. If the banks and non-banks are targeting the same set of consumer segments, why would banks fund the non-banks? Are there any expectations from banks that FinTechs should only be vendors and not competitors? One wonders whether this is a slow movement of shaping Fintechs into mere digital banking correspondents. It’s a power-play currently.

The biggest disruptor in the lending sector has been technology. Earlier, finance companies with large branch networks across the length and breadth of the country were seen as a business moat. With the adoption of technology by the consumers, this physical distribution network is challenged by the ability to use technology to acquire, serve, and retain consumers. FinTech investors are also scaling up by using their equity capital as a surrogate debt line and using data science to effectively serve consumers.

The history of financial markets has shown that parties use their influence to fight for their rights
‒ rather their wants. So that lobbying and pushing and pulling, prodding and plodding will continue between all competitors.

Surprisingly, none of the conversations place the consumers at the centre. We seem to have forgotten that and been carried away by valuations. Yes, technology offers convenience to consumers. But what if regulatory signals are valuations-risk to current business model changes?

The phrase “neo bank” has been misused in consumer communication so openly that it’s surprising that it has not gathered regulatory action yet. It misleads consumers to believe that they have regulatory backing as quasi-banks. Hopefully this will be plugged soon by the regulator. Money or valuations or mass media cannot get you fit and proper. That’s the larger message to understand. That the regulator has the final word.

So the current regulatory updates, as well as the ones that could come up in the near future, might indicate a step towards clearly segregating who can own the customer, whose balance sheet will have to be used and regulatorily supervised, who will have recourse to any consumer complaint.

Hierarchical prejudices around promoters’ age, legacy and vintage have to be unshackled. Over a point in time, regulatory outlook will play out how much of licensing-arbitrage banks will hold against FinTechs in this competitive landscape.