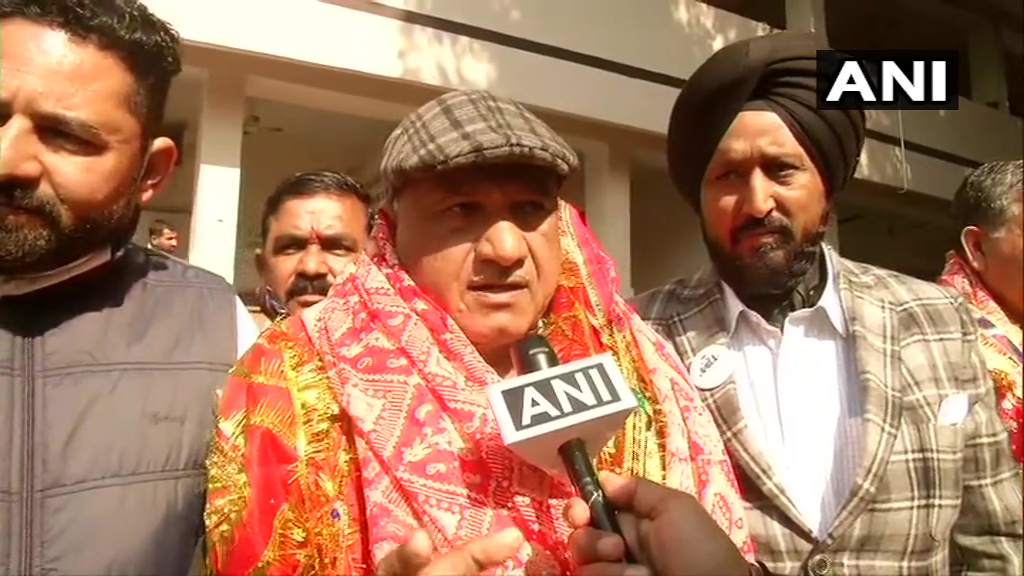 Speaking to ANI, Bhushan said, "My priority will be to strengthen the water supply network and road connectivity. If the government helps us, we will fulfil the aspirations of people in my area. We will try to give our best in every field."
BJP leaders Col Mann Singh has been elected as chairman of DDC of Kathua, while party leader Raghunandan Singh is now a vice-chairman.
"We will try to overcome the challenges in my area and work to provide all the benefits of welfare schemes to people of my district council," Singh said.
Meanwhile, Communist Party of India (Marxist) candidate M Afzal Parrey has won the post of chairperson of Kulgam and National Conference (NC) Shazia Jan has been elected as vice-chairman of the district.
Apni Party candidate Aftab Malik will serve as chairman of DDC of Srinagar, while party leader Bilal Ahmad will be appointed as vice-Chairman.
Apni Party candidates Bilqeesa and Irfan Manhas have been elected as chairman and vice chairman of Shopian, respectively.
DDC polls held in December 2020, were the first major elections held in the Union Territory (UT) of Jammu and Kashmir after the abrogation of Article 370 and bifurcation of the state into two union territories in August 2019. (ANI)

Delhivery Shares Listed With 2% Against Its Issue Price