BIMSTEC Can Be A Global Manufacturing Hub 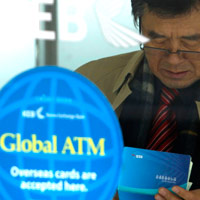 22 January, 2015
Print this article Font size -16+
In recent times, BIMSTEC (the Bay of Bengal Multi-Sectoral Technical and Economic Cooperation), an economic grouping comprising of Bangladesh, Bhutan, India, Myanmar, Nepal, Sri Lanka and Thailand as member countries, is gaining importance. The initiative for this economic cooperation was undertaken during 1997. BIMSTEC was formed with the idea of imparting greater socio-economic cooperation among the member nations in the area of technology, transport and communications, energy, tourism, agriculture, fisheries and human resources development. In addition to sectoral cooperation, BIMSTEC also want to strengthen cooperation in the areas of trade and investment.

Compared to South Asian Free Trade Area (SAFTA), BIMSTEC FTA seems to be much more promising. A deeper economic integration process within South Asian Association of Regional Cooperation (SAARC) is suffering because of political tensions between India and Pakistan. Such things are less likely to happen in case of BIMSTEC. It is believed that negotiations under the BIMSTEC umbrella will be easier than under SAFTA because all the BIMSTEC members are majorly guided by their economic rather than by political interests.

Pillars Of Cooperation
Broadly speaking, the BIMSTEC is based on three pillars of cooperation. The first pillar is trade and investment, the second is energy, with transportation being the third. Intertwined in these three pillars are the prospects of the BIMSTEC region emerging as a hotspot of economic growth. In recent years, emerging Asia has posted an average GDP (gross domestic product) growth of 6.4 per cent in comparison to less than a per cent for Europe, 5 per cent for the US and 3 per cent for the Australasian region.

In addition to the income factor (promising a greater potential demand, which should be a major driver of economic growth in future), the BIMSTEC region has the potential to transform into a global manufacturing hub. Unlike in the past, tariff barriers have fallen, and countries have opened up more. Production process happens through coordination across national borders with successful industries are the ones which are part of global supply chain network. For example, in the supply chains involving the textiles and clothing industry: from raw cotton to readymade garments - India can supply cotton bales, Thailand can use them to produce fabrics, Sri Lanka has competitive advantage in textile designs, and Bangladesh can be more competitive in manufacturing readymade garments using those fabrics and designs.

India is the largest economy within the BIMSTEC region. Other members (that is, BIMSTEC-6) can offer cheaper land and labour relative to India. There is an added advantage. India being a large economy may come under protectionist measures (read, non-tariff barriers [NTBs]) in the developed nations and it can circumvent that through greater trade and investment cooperation with its neighbours. Participating in the manufacturing related supply chains among the BIMSTEC group of countries will help, especially for India to take advantage of lower raw materials, land, and labour costs in other BIMSTEC countries, all that goes into the production of final output. In turn, India's total factor productivity will grow, helping it to allocate its resources more efficiently including taking into account development dimensions of the Make in India initiative.

Also, marginal return on capital invested in this region is one of the highest in the world. There are two specific reasons for this. First, value addition of each additional dollar invested in this region promise more marginal return than elsewhere. Secondly, seamless movement of transport will benefit companies willing to do business in this region. It is, therefore, not surprising why developed countries are keen about investing money and technological know-how to develop infrastructure and transportation in the BIMSTEC region.

In respect to physical connectivity, Japan has shown interest to invest in energy infrastructure in the region. For instance, Japanese International Cooperation Agency is providing $406 million to construct the 1200 megawatt Matarbari Ultra Super Critical Coal-Fired Power project in Bangladesh. China has shown willingness to develop high-speed railway corridors in India, road infrastructure in Myanmar and Nepal (including as part of trilateral cooperation with India), eventually joining them to develop a BCIM (Bangladesh, China, India, Myanmar) economic corridor, which can be extended to other BIMSTEC countries through multi-modal transport linkages. Thailand is already getting benefits from the East-West and the North-South Corridors: road highways built with assistance from the Asian Development Bank. This emphasis on furthering physical connectivity can be a win-win situation for all.

Trade Potentiality
Intra-regional trade among the BIMSTEC group of countries is about seven per cent of their total trade. However, it is not a right indicator of their trade potentiality. A closer look at the trade figures show that at a macro level there are enough activities happening in the BIMSTEC region. Between 2007 and 2013, India's export to the BIMSTEC-6 has grown at a faster rate in comparison to India's export to the rest of the world excluding BIMSTEC: 13.3 per cent as oppose to 12.4 per cent. Again between 2007 and 2013, India's total trade with BIMSTEC-6 has grown at an annualised growth rate of 10.4 per cent in comparison to intra-BIMSTEC-6 trade growing at 0.62 per cent annually. India's import from BIMSTEC-6 is also growing at an annualised rate of 5.4 per cent.

Digging a little deeper, there are reasons for impressive macro-trade figures within the BIMSTEC region. Table 2 and 3 show why the BIMSTEC group is emerging as a natural trading partner. The interesting point to note is within BIMSTEC some major export items of a country also happen to be another country's major import items.

For example, India's (marked in green) major export items are car and refined petroleum. These items are in great demand among other BIMSTEC members such as Bangladesh, Bhutan, Nepal and Sri Lanka. Similarly, items such as computers, gold, and trucks, supplied by Thailand (marked in orange) are in great demand in Bangladesh, India and Sri Lanka. Similar patterns are there when this exercise is extended for other BIMSTEC member countries.

Moving forward, these benefits can be accrued more provided BIMSTEC members remove barriers to investment flow, allow transit of road and rail transport through a multi-modal transport and transit facilitation agreement, harmonise product standards and certificates through mutual recognition, and demand for cumulation of rules of origin.

Concomitantly, there is a need for improving issues related to governance. At times, the local governance authorities obstruct development of infrastructure at the border points. The case in point is cross-border trade between India and Bangladesh over land routes. This is due to the fact that congestion at border points generate an amount of revenue via parking charges, sale of consumables, food, etc. which, at times, drives a substantial part of the local economy at the border locations.

Likewise, to facilitate seamless movement of transport, there is a need to have well-defined security and insurance clauses in a multi-modal transport and transit facilitation agreement. Presently, there are concerns over who is going to foot the bill if there are theft and accidents across national borders. Managing micro issues such as these are equally important as negotiating much macro trade and investment issues.