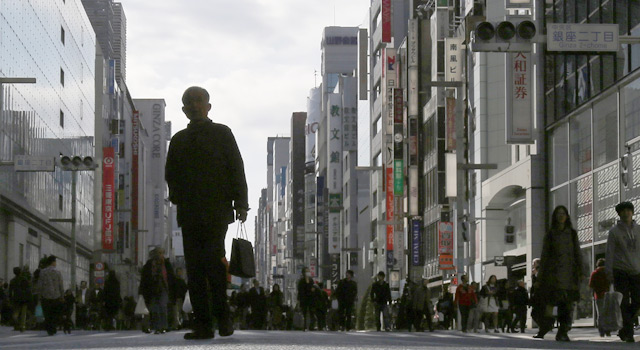 02 December, 2014
Print this article Font size -16+
It was as early as in 1627 that Tenjiku Tokubei, the noted Japanese writer and wanderer, happened to visit the Indian subcontinent and was completely enchanted by its splendour. Ever since, Tenjiku (Heavenly Abode) became the Japanese name for India. With the passage of time, India did live up to its name of Tenjiku in the sphere of business, being one of Japan’s most favoured investment havens for long.

But in the past few years, the Japanese sentiment towards India took a beating in the light of several unpleasant occurrences that put a question mark on India’s value proposition as a Tenjiku for global investments. In fact, Honda Motors global chairman Fumihiko Ike used scary adjectives like ‘complicated’ and ‘burdensome’ in the context of doing business in India. And with good reason too given India’s inadequate infrastructure and ambiguous tax regime that posed serious impediments to foreign investors. Prior to Honda, British corporate heavyweights like Vodafone and British Petroleum had also expressed their deep concern over a host of factors encountered on Indian soil including delayed clearances, poor policy decisions and hazy tax impositions.

On the labour front too, a key dynamic for any business operating in India across industries, things were far from hunky dory. Several big names like Honda, Maruti Suzuki and Toyota faced massive labour unrest and strife at their respective facilities.  Of course, Indian still has much to learn from Japan’s penchant for perfection and precision but having said that, there’s another side to the labour unrest story. The causes for the intermittent labour problems, beyond India’s below-benchmark performance pitted against the Japanese standards, should also be traced in the conventional Japanese practices of unreasonable expectations from its workforce and poor work-life balance that have led to many a workplace death and suicide back home in Japan.

Whatever the reasons for their existence , the above mentioned factors were seriously impacting the Japanese business presence in India and it was but obvious that Japanese outfits in India – both existing and emerging - looked up to the newly constituted Indian government to restore a conducive business environment of minimal hindrances and pro-growth reforms. In return, Japan offered to invest $35 billion over the next five years by way of public-private partnerships and overseas development assistance. It’s also keen to provide financial, technical and operational support to India for the introduction of bullet trains.

The new government, led by Prime Minster Modi, responded in a flash by setting up a Japan Plus management team under the aegis of the Department Of Industrial Policy and Promotion (DIPP) to facilitate and expedite investment proposals aimed at boosting Indo-Japan economic and business ties. Comprising four Indians and two Japanese officials, Japan Plus will act as the catalyst in initiating, attracting, facilitating, fast tracking and handholding Japanese investments across sectors. It will also provide updated information on investment opportunities in specific projects, industrial corridors in particular. What’s more, it will identify prospective Japanese companies, big and small alike, and facilitate their investments into India.

Japan was always interested in India, ever since the liberalization drive of 1991, but in the last decade or so, Korean brands like LG and Samsung gained a foothold in India, achieving somewhat of an edge over Japanese players including Panasonic, Sony and Sharp. One reason for Japan’s loosened grip over India was its fleeting fascination for the Chinese markets. But thanks to China’s ensuing eco-political bottlenecks, Japan-China ties faced rough weather and it again turned to India with renewed vigour. A case in point is Panasonic which, having set foot on Indian shores as early as in 1972, virtually disappeared into thin air for almost six years from 2002 till 2008 despite having made strong inroads in many products notably mobile phones. It was only post 2008 that it chalked out an elaborate R & D plan of penetrative pricing for the Indian market and clocked impressive revenues in due course on the strength of innovative products like TVs and split ACs. Other Japanese brands like Daikin, Sony, Toshiba, Hitachi and Sharp also launched aggressive plans for India to dilute the Korean domination and struck back with a vengeance.

Even so, it was a question of setting the mood right for restoring the Japanese faith in the wake of the adverse situations of recent times. And Japan Plus has done that to the tee. It’s is the first of its kind initiative in the last two decades of liberalization would certainly help the Indo-Japanese business ties move up the vale chain. Thoughtful and discerning long term investors that they are; it won’t be long before Japanese companies realise the benefits of the new Indian environment of fast-track growth and minimal governmental intervention.

But more importantly, these players should appreciate the fact that Japan Plus is nothing but Kaizen - the practice of continuous improvement integral to their work philosophy – single-mindedly focused on taking the Indo-Japanese relationship to the next level. But for that to happen, they first need to put India in perspective - as a vast hinterland of diverse cultures and customs where no solution can be ‘one size fits all’ in application. They will get the maximum out of the Japan Plus initiative only through a better comprehension of India’s differing psyche and practices from state to state. In India, National comes in different local flavours which call for customised strategies in line with the regional specifics.

Such a dynamic approach would also call for tweaking of some sticky, stringent and insular Japanese principles and practices that have clearly failed the test of time…among other things, in creating global leaders of tomorrow or in ensuring robust corporate governance at the global level.

Through Japan Plus, we have already gone out of the way to make Japan feel at home in India. Now, it’s Japan turn of reciprocating in equal measure. And that calls for doing much more than merely acknowledging India as a volume market. Thankfully, Japanese companies like Sony and Toshiba have already shown the way with their India-specific strategies that have in turn helped them make wining inroads into the consumer durables market.  If other Japanese players follow suit, it’s only a matter of time before India yet again becomes the Tenjiku of Tokubei’s times.