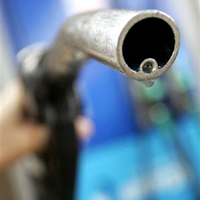 08 November, 2014
Print this article Font size -16+
Inflation likely edged up to a sixth-month high in August, driven by higher food prices and as the battered rupee made key imports such as fuel costlier, a Reuters poll found.

Wholesale prices, India's key inflation measure, probably rose an annual 5.80 per cent last month from the same period a year earlier, the poll of 20 economists showed, just above July's 5.79 per cent which was the highest since February.

If realised, that consensus would be above the Reserve Bank of India's perceived comfort level of 5 per cent for the second month, adding to the pressure on the central bank which is already fighting a weak currency and slowing economic growth.

"The rise would be largely because of an increase in fuel costs, resulting from rising crude prices in the international market

coupled with a considerable drop in the rupee," said Shakti Satapathy, a fixed income strategist at AK Capital Services.

The rupee plunged more than 20 per cent at one point against the dollar this year, hitting record lows almost daily in August, making it the worst performer among its emerging market peers. It has since clawed back some ground but most strategists in another Reuters poll do not expect much of a recovery over the coming year.

That and a pick up in prices of crude oil last month pushed state-run oil marketing firms to hike retail prices of diesel and petrol, weighing on food inflation.

"An increase in transportation costs and shortages in supply of some key perishable items such as vegetables and onions probably pushed food prices higher," said Rupa Rege Nitsure, chief economist at Bank of Baroda.

Food prices increased for a third month in a row through July, reflecting a more than 20 per cent rise in vegetable and onion prices during that period.

Any further acceleration in inflation will only add to the declining popularity of the Congress-led government ahead of elections early next year.

A separate Reuters poll showed consumer inflation - scheduled to release on Thursday - probably eased to 9.55 per cent year-over-over last month, only just below July's 9.64 per cent.