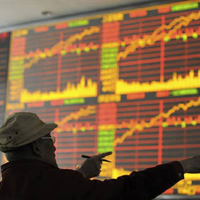 An ache has hit the belly of investors who feasted on initial public offerings in Asia, in a sign the primary equity window that saw a

big revival two quarters ago is beginning to quickly shut.

The indigestion is becoming a familiar trend across India, China and Australia, making a case for firms forming a long IPO pipeline to trim their high price expectations.

More than 30 companies plan to list in either the Hong Kong and Indian markets over the next few months.

"The pricing has been pretty aggressive. Hopefully this market volatility will prevent some of them from launching their IPOs now," said Ho Yin Pong, a Hong Kong-based portfolio manager at RCM Asia Pacific.

He feels he can pick up the same stocks, especially the Indian ones, cheaper in the secondary market.

Last week, Deutsche Bank pulled out all stops to cover a $100 million IPO of Indian cable television firm Den Networks, which managed to scramble through in the final hours with huge support from India's state run life insurance giant.

"That was a real close one. DB (Deutsche Bank) did rally us to bail out the issue," an official at Life Insurance Corp of India, which put in bids for nearly a quarter of Den Networks, said on the condition of anonymity.

"The pricing was a tad stiff, but we did spot the long-term opportunity."

Deutsche Bank was the primary arranger for the share offering, which closed on the day another Indian firm Indiabulls Power had a disastrous listing.

A Deutsche Bank spokesman declined to comment on the deal.

Spokespeople from LIC, which plans to pump in 500 billion rupees ($10.6 billion) into Indian equity this year, could not be reached for comment.

Investor appetite began waning after a rash of offerings in the Chinese property sector and Indian power sector had tepid openings.

Australia has also seen a cooling in demand for new offerings, with shares of department store chain, Myer Holdings, falling 9 per cent in their debut earlier this month. Its price to earnings ratio was a tad below a main competitor.

Asian property listing are seen particularly vulnerable to the softening sentiment, with at least 16 Indian developers and a bunch of Chinese real estate firms eying listings.

"Even if one or two of these fail, it will be disastrous for the industry, because the confidence that is gaining now, will be hit," said Pranay Vakil, India head for global property services firm Knight Frank,

That should give caution to companies waiting in the wings to cash in on the equity rally this year, which has boosted the MSCI Asia Pacific ex Japan stocks index nearly 60 per cent so far this year despite the recent correction.

But falling markets and continuing uncertainty about the health of the economy are spooking investor sentiment. Asian markets have fallen 7 per cent from their 2009 peak last month.

"The opportunity is shrinking, fading fast. Too many at the same time," said a banker who has helped arrange about $5 billion in new share sales so far this year for his Indian clients.

"The answer to sustain the momentum is attractive pricing but I would lose my job if I insist that." The banker, who is not authorised to speak to media, did not want to be named.