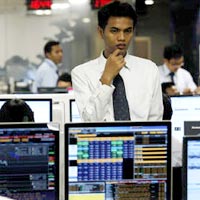 The same drivers that influence the secondary market in the rest of the world are at play in Asia.

Australian banks and Japan's megabanks, like their counterparts in Europe and the United States, are selling private equity stakes, in part because of the 'Volcker rule' and Basel III capital rules, which offers a massive opportunity for secondary firms to fill.

In addition, sovereign wealth funds and pension funds are pruning their exposure to alterative assets such as private equity amid the economic downturn, cutting underperforming managers from their rosters - another window for secondaries.

GIC, the Singapore sovereign wealth fund, is selling $750 million of private equity and other funds it no longer wants to invest in, and will redeploy the money to other better-performing managers, according to sources familiar with the matter.

India is a current focus for secondary specialists, where overcrowding in the private equity space, coupled with high valuations and now shuttered IPO markets mean secondary activity is rising.

Tens of billions of dollars have been raised for India private equity activity. But getting that money out has been a challenge. Exits through the Indian IPO market dropped 66 percent in 2011 to $85 million in 15 deals, according to data from VCCircle.

China is also on the radar, as the country's roughly 3,500 funds, many of them start-up firms suffering from last year's market selloff, face an industry shakeout.

Besides the $200 billion in unexited positions in Asia, NewQuest estimates an additional $110 billion is sitting on the sidelines, waiting for investment.

As private equity veterans like to point out, it's easy to put money into a company. Asia's first-time funds are finding out how difficult it can be to get the money out.

"There is likely to be substantial dealflow in the secondary arena for some time to come," said Harbourvest's Flower.