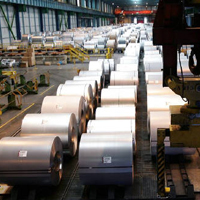 08 November, 2014
Print this article Font size -16+
Dollars should have been pouring in. The government went out on a limb on 16 July opening the doors to shore up foreign investments and relaxing FDI rules in a broad swathe of industries. Instead, Rs 80,000-crore investments have gone out with Posco and ArcelorMittal quitting mega projects.

Worried that scrapping of the $18-billion projects by ArcelorMittal and Posco would dent India's image, Union Minister Praful Patel on Thursday, 18 July called for "introspection" and underlined the need for transparent and simple processes in tune with the rest of the world.

"Posco and Arcelor plants not going ahead is not a good sign for us. This would cause both in India and abroad an impression that in India we have many constraints for new manufcaturing... We have to introspect," Heavy Industries and Public Enterprises Minister Patel said at an Assocham function here.

"We have to simplify processes, we have to make our systems in tune with the rest of the world," he added.

The projects were scrapped mainly due to inordinate delays, problems in acquiring land and securing raw material linkages, among others.

"The world community comes to invest in our country. They will not do so until they are assured that our laws, our systems, our rules and regulations are as transparent and as easy for them to be as they would do it in their own country," Patel said.

He said that both ArcelorMittal and Posco cancelled their projects despite the country having abundant reserves of iron ore, land, water and coal.

"We as a nation, somewhere has to sit and introspect as to how we take and make all the wheels of the economy ... move in sync with each other to achieve these objectives," he said.

"Why we should not be able to be one of the finest steel producers and at the most I would say the cost effective steel producers in the world. We don't seem to have an answer for that. We have been discussing all these things."

He said there was a need for job creation and "need to have an all round, sound economic development to be achieved in this country."

The solution to country's problems like unemployment, poverty and hunger "can only be through economic progress and development."

Also he underlined the need for dealing the issues meaningfully besides giving a boost to manufacturing.

Project A Non-Starter
However, Odisha government remained unperturbed as the state government said on Thursday it was a "non-starter" and the steel maker was "never really interested" in setting up the plant there.

"ArcelorMittal was a non-starter and it was never really interested in building a steel plant in Odisha. It failed to meet major milestones though it had signed a Memorandum of Understanding (MoU) with us in 2006," Odisha Steel and Mines Minister Rajni Kant Singh told PTI.

Singh said ArcelorMittal was a big steel player but it failed to take initiatives in achieving milestones or carrying out any corporate social responsibility (CSR).

He added that identifying land for its project was steel giant's task but it lagged on that front and the impression with the government was that the company was "not interested".

"At the same time, it had promised plenty of jobs but it failed to take any initiative on that front as well. Odisha is a backward state and so is Keyonjhar, a backward region, but the company never came forward for CSR activities," he said.

The company, however, has claimed that since the announcement of the project it had completed important milestones such as the completion of a feasibility report, an environmental impact assessment study and other relevant technical reports.

Besides it has said that it also held eight gram sabhas (public hearings) and invested in a number of corporate social responsibility (CSR) projects.

It's Executive Vice President and member, Management Committee, CEO of India and China for ArcelorMittal, Vijay Bhatnagar has yesterday said, "Over the last seven years we have invested considerable resources into this project."

The steel giant yesterday informed Odisha Chief Secretary that "the company has decided not to progress with its planned construction of an integrated steel plant and a captive power plant in the district of Keonjhar." the company said in a statement.

In 2006, ArcelorMittal had signed an MoU with the Odisha government to set up a 12-million tonne steel plant in four phases at Keonjhar, entailing an investment of USD 12 billion (Rs 50,000 crore). The MoU was due for renewal since December, 2011.
Tags assigned to this article:
news 6 metals and minerals arcelormittal posco praful patel fdi karnataka odisha pullout