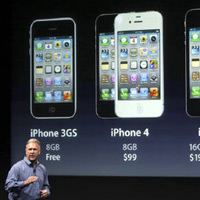 08 November, 2014
Print this article Font size -16+
Apple received over the last six months between 4,000 and 5,000 requests for customer data from US law enforcement authorities relating to criminal investigations and national security matters, the company said on Monday. Microsoft and Facebook published similar data last week after reaching a deal about disclosures with US national security authorities.

"We have asked the US government for permission to report how many requests we receive related to national security and how we handle them. We have been authorized to share some of that data," Apple said.

In a statement posted on its website Apple said that the requests were received from 1 Dec 2012 to 31 May 2013, and between 9,000 and 10,000 accounts or devices were specified in those requests, which came from federal, state and local authorities.

The most common form of request came from police investigating robberies and other crimes, searching for missing children, trying to locate a patient with Alzheimer's disease, or hoping to prevent a suicide, it said.

"Apple has always placed a priority on protecting our customers' personal data, and we don't collect or maintain a mountain of personal details about our customers in the first place," the company said.

Apple said conversations which take place over iMessage and FaceTime are "protected by end-to-end encryption so no one but the sender and receiver can see or read them. Apple cannot decrypt that data".