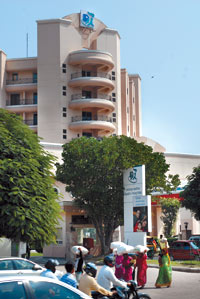 08 November, 2014
Print this article Font size -16+
Founders of Apollo Hospitals Enterprise have agreed to raise Rs 5.5 billion from US buyout firm KKR Co & LP in a structured debt deal, the company said in a statement late on Monday (28 October).

The funds will be used for the expansion of the healthcare business of Apollo, which runs India's largest hospital chain, the statement said.

The PE fund will subscribe to the convertible debentures issued by promoter Prathap Reddy's holding company PCR Investments with an option to convert them into equity shares of listed Apollo Hospitals at the end of five years. The promoters also will have the right to buy back these instruments at the end of two years, it said.

The investment is in the form of a 5-year callable security that consolidates existing debt at PCR and initiates a partnership in the healthcare sector across the two firms, the statement said.

The move by private equity into lending comes at a time when buyout deals in Asia are few and far between and as traditional banks retreat.