New Delhi [India], February 7 (ANI): Bollywood actor Anushka Sharma, who is currently embracing parenthood with her husband and India skipper Virat Kohli, treated fans with a new picture of herself while posing with her current favourite accessory on Sunday.
The 32-year-old actor took to Instagram and shared a mirror-selfie with a pouting pose. While reflecting on her maternal duties, she posed with her daughter Vamika's burp cloth and referred to it as her 'current favourite accessory'.
The 'Rab Ne Bana Di Jodi' star captioned the post, "Current favourite accessory - Burp cloth!" using a smiling face with sunglasses and a victory hand emoticon. 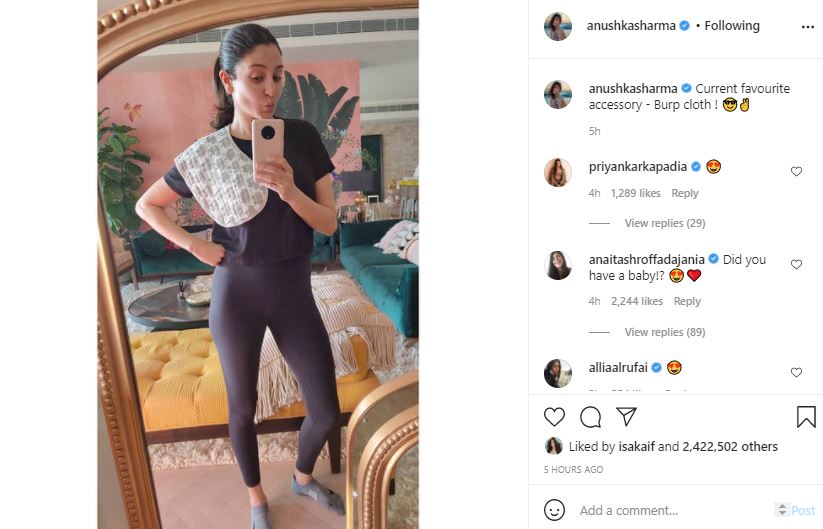 The post accumulated more than 2 million likes within five hours of it being shared while scores of the 'PK' star's fans chimed into the comments section and left fire and lovestruck emoticons.
Earlier, Anushka and Virat had shared the first-ever picture of their newborn baby on social media and announced that they have named their daughter 'Vamika'. 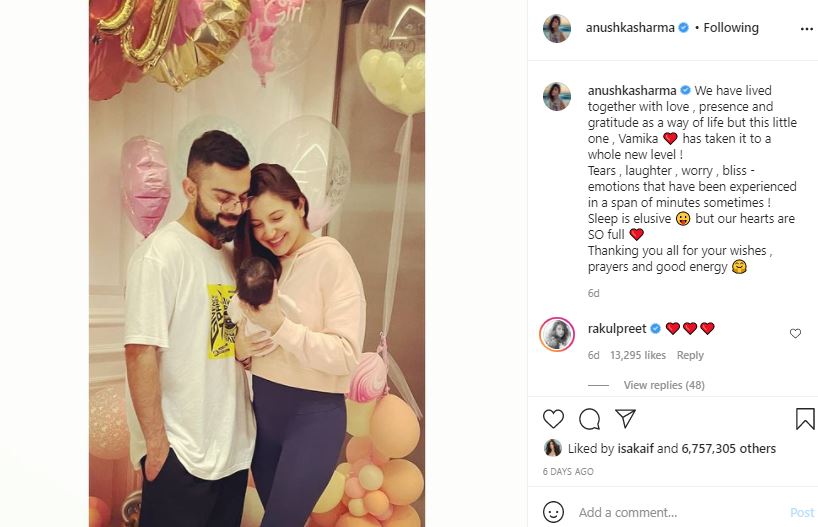 While revealing about her experience of being a mother, she wrote, "We have lived together with love, presence, and gratitude as a way of life but this little one, Vamika has taken it to a whole new level! Tears, laughter, worry, bliss - emotions that have been experienced in a span of minutes sometimes! Sleep is elusive but our hearts are SO full. Thanking you all for your wishes, prayers, and good energy."
Virat and Anushka had welcomed their daughter at Mumbai's Breach Candy hospital on January 11. Last year in August, the couple had announced that they were expecting their first child in January 2021.
The duo got married in a fairytale wedding which was only attended by the couple's family and friends on December 11 in 2017. Post their nuptials in Italy, the couple hosted grand receptions in Delhi and Mumbai.
The couple had reportedly first met on the sets of a commercial and dated for four years before getting hitched.
Meanwhile, on the work front, Anushka, who was last seen in the 2018 movie 'Zero', co-starring actors Shah Rukh Khan and Katrina Kaif, has produced two acclaimed projects - Amazon Prime Video web series 'Pataal Lok' and Netflix movie 'Bulbbul'. (ANI)