Washington [US], December 30 (ANI): Hollywood star Anthony Hopkins on Tuesday (local time) celebrated 45 years of sobriety and opened up about how he made a major life change after nearly "drinking myself to death".
The 82-year-old star took to Twitter and shared a video message addressed to his fans, two days before his 83rd birthday, "45 years ago today, I had a wake-up call." 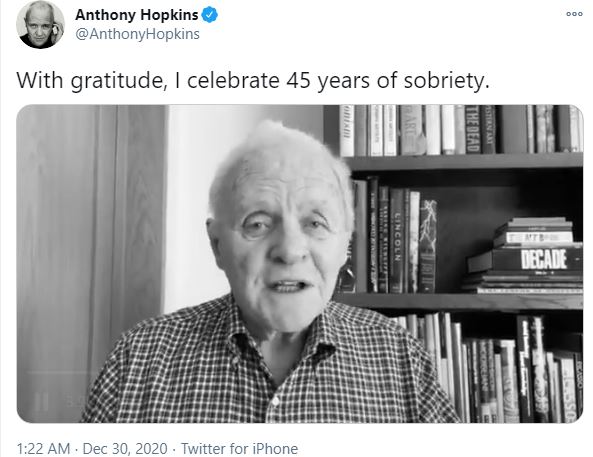 The 'Silence of the Lambs' star recalled, "I was heading for disaster, drinking myself to death. I'm not preaching, but I got a message - a little thought that said 'do you want to live or die?' and I said 'I want to live.' And suddenly the relief came and life has been amazing."
The 'Fracture' star went on to acknowledge that he has had "off days" and "little bits of doubt" since that day in 1975 but wanted viewers to come away from watching his video knowing they could persevere.
The Emmy Award-winning star added, "Today is the tomorrow you were so worried about yesterday. You young people: don't give up. Just keep in there, keep fighting. Be bold and mighty forces will come to your aide. That sustained me through my life."
Expressing hope for 2021 he said, "Though 2020 has been a tough year full of grief and sadness for many, many, many people. This is going to be the best year." (ANI)