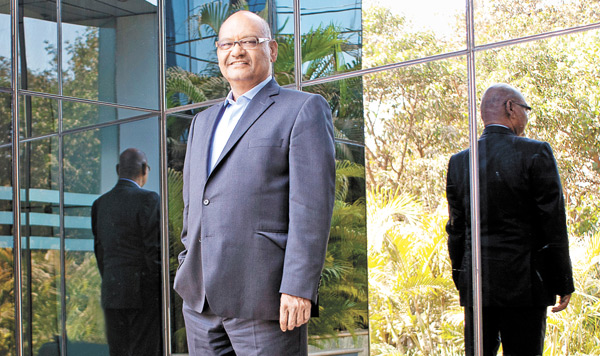 08 November, 2014
Print this article Font size -16+
With raw material issues casting a shadow on his Rs 50,000-crore aluminium project in Odisha, metal czar Anil Agarwal said he regretted choosing India over an acquisition in the US for the investment.

In the late 1990s, Anil Agarwal had built himself a respectable mid-sized business empire. His company, Sterlite Industries, was doing well enough, but it was hardly A-league. In 2000, the BJP-led NDA had drawn up big disinvestment plans and among the companies they wanted to disinvest in were aluminium manufacturer Balco and zinc mining and manufacturing company Hindustan Zinc. Agarwal bid for majority control of both, and won them. After that, he picked up the iron ore exporter Sesa Goa, mining companies and mines in Zambia, Liberia and Australia, bought oil producer Cairn India, and cobbled together a commodities empire of $14 billion in revenues.

"You know, how my mind was working at that time. I was buying Asarco, it was ready-made company, (requiring) a couple of billion dollars. Either, I could do Asarco or I could do Vedanta Aluminium.

"I said, look, I am going to work for my country. I said I want to create this 4,000 MW power plant, I am going to create 3 million tonne (MT) aluminium capacity. We have bauxite, we have human resource, let's do it here.

"I think, at the end of the day, if you ask me, I regret. I could have done better if I would have bought Asarco. This would have been a feather on my cap. I don't know why it is coming, but it is coming from my heart," Vedanta Resources Chairman Agarwal said in an interview to a news channel.

Vedanta's alumina refinery project at Lanjigarh in Odisha had been staring at an uncertain future due to lack of assured supply of input. It was only on 26 November that he was assured of bauxite supply from L&T's mines in the state. "The Chief Minister has assured bauxite for our refinery project. He (CM) said we can source bauxite from L&T's reserves," Agarwal told reporters after meeting Chief Minister Naveen Patnaik.

The refinery and its proposed long-term bauxite source -- mines in Niyamgiri hills -- had been in the midst of controversies even since the beginning as the local tribals opposed the projects.Finally, during July-August this year, 12 gram sabhas, selected by Odisha government for a referendum on mining in Niyamgiri hills, had rejected the mining proposal altogether, dashing Vedanta's hopes for getting the raw material.

It is currently operating at about 50-60 per cent of the installed capacity. The unit needs three million tonnes of bauxite to run at full capacity.

The mineral-rich state of Odisha, once a magnet for big-ticket investments, is now a deadlocked destination for projects worth thousands of crores.

Agarwal said it was his "biggest passion" to build a new aluminium project in the country following a thought that "the only thing that I can do for India is to create this capacity of aluminium."

The company has invested Rs 50,000 crore in the refinery alongwith an aluminium smelter of 1.5 MTPA at Jharsuguda and a captive power plant in the state. It created at least half a million jobs, Agarwal said.

"Tremendous work we have done," he added. Vedanta had bid for US-based miner Asarco, but backed out later. It had to pay $132.75 million as damage to Asarco for its unsuccessful takeover bid in 2009.

L&T has two bauxite reserves at Sijimali and Kutrumali mines in south Odisha's Rayagada and Kalahandi districts respectively. Both the mines have an estimated bauxite deposit of about 300 million tonnes.