Analysis: With The Head And The Heart 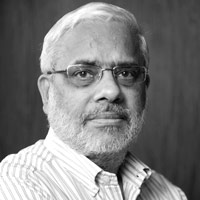 08 November, 2014
Print this article Font size -16+
The Kalpana Case' is an example of how an organization refuses to use it heart and how an employee refuses to use her head. The facts starting from Kalpana's inability to read the writing on the wall and going through into the organisation's inability to manage people issues, are fraught with dissonance.

Here are a few questions I have for the senior managers of the bank.
Why did you deal with Kalpana in this manner? What was your issue? Why such a cloak and dagger approach?
Why did you allow Sundari to play games?
What is the real story behind sacking Kalpana?
What is your policy with regard to treating pregnancy, and medical emergencies?
What are your core values which govern the way you will conduct yourself in good times and bad?

I get no clear answers. Instead, I see a management that is indulging in inexplicable behaviour. Sundari's conduct is despicable and the behaviour of the Country Head and National HR head is pathetic. (All the men in this case were really disappointing in their complete lack of sensitivity and courage.)

David Ogilvy once said, "Rules are for the obedience of fools and guidance of wise men."  I see no evidence of adherence to policy (whatever it might be) nor evidence of any wisdom guiding the decisions.

I am not surprised though. This is how most organisations, MNC or otherwise, behave. There are, of course, exceptions. It may be argued that men don't understand pregnancy or women's issues.

But in this case, two senior managers (Sundari and the lady director on board) did nothing different either to show that women would have handled this situation better!

Why does this happen? It is not because there are no clear policies. It is because the organisation does not have a clear set of values that guide them in good times and bad. It is probably impossible to frame policies to cover all possible situations. In such cases the organisation should be guided by values than by policy. "What we believe and how we behave".

My next concern is Kalpana. She did NOT know her priorities. "What is more important? Having the baby or the career in the bank?"

Right in the beginning when Sundari told her "You need to have your options clear and take a call between your professional and personal priorities", why did Kalpana keep quiet? Should she not have said "My baby first, you can keep the job"?

By dithering there, she allowed herself to be pushed around.  The other point is that she should have stopped to think "why did Sundari say that" instead of getting upset about "how dare she talk to me like that" or "if this is what she does to me (who is so senior), imagine what she would do to someone junior".

She made this into a women's issue before exploring the various angles as to what is happening to her.  She should have adopted a more strategic approach to tackling this problem.

I also noticed that she reacted to situations impulsively rather than respond carefully. You could easily provoke her and get her to say the wrong things.

My biggest shock is that after all the insult, unfair treatment, and being sacked - when the country head and and national HR head ask "What is it you want?", Kalpana's reply is "My job".

Why would Kalpana ever want go back to such an organisation? Beats me.

That is why this is a classic case where the organisation did not use its heart and the individual did not use her head.

Does Geffel have a hope in hell? Can we salvage the company now? Can it rethink its approach? What should they have done, when and how?

Geffel does have a hope in heaven, if they wish to be there. But much depends on what their focus is and what their genuine people philosophy is. It must stem from the top.

Good companies know how to handle exceptions. In the service industry they use something called service recovery when something goes wrong. These are the broad steps they follow:

1.Acknowledge that there is a problem/mistake.
2.Apologise for what happened to the person affected.
3.Think of ways to redress and turn  the situation around.
4.Put your best foot forward to implement the solution.
5.Check with the affected person if the problem has now been sorted out to their satisfaction.
6.Capture learning and ensure it is part of the organisation experience, knowledge and folklore "What worked, what did not."
7.Make this way of thinking and working a regular way.
8.Start at the top and set an example; lead the way.
9.Be tough on people who do not comply with company values (not easy).
10.Never let people forget who we are, what we are. Celebrate heroes and heroines who follow the values no matter what.

Rupee Gains 5 Paise To Close At 78.98 Against US Dollar