Analysis: We, The Media 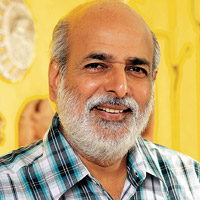 08 November, 2014
Print this article Font size -16+
The issue boils down to this: does the media have a mandate, or responsibility, to safeguard the moral health of the vulnerable younger age groups in society? The media’s role in gathering and purveying information, we know, is not
always enlightening or empowering. It can be innocence-shedding, voyeuristic, even corrupting. But should the media consciously become a moral agency and set up a virtual barrier, a cordon sanitaire, between virtue and vice, and monitor it with a vigilant eye?
The Japanese computer rape game is an open and shut case. It is pathologically perverse and has no right to exist in any sane setting. Precisely because it is so abhorrently aberrant, should the media be throwing light on it, or drawing attention to it?
We are familiar with the media’s conspiracy of silence when it comes to facts upsetting our cocooned sense of what is right and normative. We, therefore, know little about the victims of the US invasion of Iraq. Even as the civilian
victims are reduced to a mortality statistic, the soldiers who die (and these deaths are no less unfortunate) have full-blooded identities with portfolios of courage and patriotism.
In the same context, the media have carefully and consensually shunned graphic depiction of the torture we now know of at Abu Ghraib. Interestingly, one outraged Flickr-user and blogger, who goes by the pseudonym ‘legofesto’, responds to this blackout by mainstream media by recreating, from photographs and eye witness accounts, the methods of torture at Abu Ghraib, using Lego toy figures. Unlike the Japanese rape game, this toy metaphor becomes a powerful protest against squeamishness blocking media exposure of gross violation of human rights and dignity. Are our young minds to be insulated from knowledge of such iniquities with the ‘abetment through silence’ by the media?
Social and moral codes and filters, no doubt, delineate the media space as against a freewheeling Tower of Babel anarchy. The freedom of expression guaranteed by Article 19 of the Indian Constitution is qualified by “reasonable restraints”. But what do the gate keepers of the media let in, or keep out? Will a sanitised formal public-media sphere keep the vulgarity out of our lives and those of our children? How do we control the diversified expressions of the media digitally exploding around us? Or the freewheeling cyberspace whose nooks and crannies host pornography?
Yes, what Guy Debord called the Society of the Spectacle is becoming a minefield of what-might-hit-you-next uncertainties. The media is in a state of flux and long-held notions about journalistic principles are being questioned. Journalistic objectivity, for instance, is increasingly seen as a red herring for the status quo, especially where a new form of political capitalism takes over the media. Silvio Berlusconi in Italy and Thaksin Shinawatra in Thailand leveraged their media empires to capture political power. In India, today, we see a mushrooming of television channels propagating one or the other political party’s agenda. Objectivity, then, can only be a by-product of colliding subjectivities across the media spectrum. Drawing moral lines in this welter of mediated information and disinformation, short of a consensual common minimum agreement on what is absolutely not on, can only complicate the picture even more.
As newer forms of the media — blogs, social media, citizen journalists — assail the battlements, as it were, of the traditional mainstream media, a spontaneous democratisation is redefining the purview of the fourth estate. This invariably upsets the value systems of the day and is prone to a degree of vulgarisation.
Victorian or Brahminic values, for instance, were scandalised by the sartorial and scatological affronts of mass media such as cinema and television, as the language turned realistically foul and the dress provocatively skimpy. It may partly be this bottoming out that earns news media the charge of peddling sex and sensation. True, there is a problem, but it is partly generic to the evolving ecology of media and should not be stretched to convey that the fourth estate is a fifth column of anti-social, immoral subversion.
The best that can be done is engage critically with the media; and, to paraphrase Mahatma Gandhi, be the media you want to change. Technological convergence and digitisation make this possible. There are no entry barriers. Segmentation in the media sector is unleashing diverse and dispersed constituencies. The field is opening up for intervention and participation.
The young, from being victims, should become beneficiaries of this vast media churning. They have a stake in the media commons and must be equipped to constitute and transform it. Deconstructing, and engaging with, the media must become a curricular part of learning even at the school level. The age of the ubiquitous media demands no less.
Sashi Kumar is a journalist and a filmmaker. He is chairman of Media Development Foundation and Asian College of Journalism, Chennai
(This story was published in Businessworld Issue Dated 01-02-2010)
Tags assigned to this article:
magazine education case study analysis media meera seth youngsters child abuse sashi kumar g gautama