Analysis: The 'Why' Of Behaviour 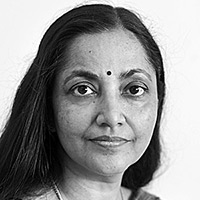 08 November, 2014
Print this article Font size -16+
A child who needs or seeks attention will engage in disruptive behaviour. He will break things, roll on the floor, cry 'wolf' when none exists. All this so that he is noticed.

Suyash appears to be a grown-up, but is really a refined version of this child.

People ask for attention when they feel neglected or unnoticed. Attention can be had either by doing quality work, or by disrupting work. Attention-seekers do not take help of quality work to get noticed. This is primarily for two reasons. One, they may not be competent enough to produce high quality work. Or, two, doing quality work brings attention in the future while they need attention 'now'. Disruption ensures that.

Such people have yet another handicap. They are not fully satisfied with what they get. They may try hard, maybe in the wrong direction, and feel their effort is not being noticed. And this they hold against others who produce better results. They feel 'vindicated' when they see others being cut to size.

This is why we find Suyash faulting other peoples' decisions. He does not help the team in arriving at a decision; he points out mistakes after they have reached a decision!
Of course, when this is pointed out, he defends himself.

Suyash tells Tripti, the assessor, that she "misunderstood" his interaction with his team members and that the low score that his team received in the rock-climbing activity was not due to his qualitative inputs but because the trainer-assessor team did not understand his 'positive' inputs and because of his boss's negative responses.
Let's review his interactions.

Suyash and colleagues: The interactions seem normal. He is friendly, concerned for their well-being, gets along reasonably well, and harbours no ill will. He perceives no threat from this quarter so his antennae are not up when dealing with them.

But in a 'task' situation — be it rock-climbing or a discussion on interview process — he is not the same. His personality undergoes change - a cool cucumber as a friend, but a hot potato as a co-worker.

Suyash and people outside his organisation: A participant can use a trainer in one of these three ways. In a passive-reactive manner, where the trainer takes the initiative of a dialogue with the participant and the latter reacts to the "allegation"  (this is how the trainer's comments are perceived).

In an active-participative manner — in which the participant initiates the dialogue with the trainer - he voluntarily bring up the problems he could be facing with the boss or colleagues, and asks for inputs.

Suyash's interaction with the trainer is passive and reactive. Such participants treat the trainer as they would their boss — defensive and with the belief that the other is being unduly critical.

Suyash and boss Apurva: Can Apurva be faulted for getting upset with Suyash? Yes and no. Yes, because bosses like him are not able to manage Suyash. Apurva seems to lack people skills, and needs inputs to this end.

But Suyash is difficult with authority figures — be it a direct boss or even a trainer.
The trainer, Tripti, is expected to have a balanced attitude. She is supposed to be an impartial 'witness' and report things as they are. Tripti tried playing this role effectively but was influenced by the request to "watch-out" for Suyash. Though she was more conscious of him than of others, nevertheless she did her job well.

Based on the behaviours, words and thoughts of the team players, it is clear that they are all in need of real training to respond to and deal with emotional and professional situations. MCG needs to put its people on the path of development. Its calendar should comprise training, coaching and counselling at various levels for its employees across ranks and positions.