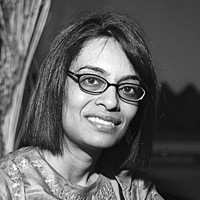 08 November, 2014
Print this article Font size -16+
Jai Kalra, chairman of Effren, states that as the head of the organisation, he is expected to deliver steady growth year on year. Therefore, he believes, success is important, and that it determines the quality of leadership in an organisation. However, CFO Sanjiv Misra is not so sure. He feels that a single-minded focus on success would imply sacrificing the organisation’s mission and vision. He also feels that the variable pay being linked to Effren retaining the No. 1 slot could result in unethical behaviour, starting from the top at Kalra’s level. There is the incident of Abhay Lal, a business head and part of the senior management, dumping stock to show growth. The auditors, who are refusing to sign the accounts, notice this. Now, is Kalra at fault for pushing for success? Is Misra right when he says success should not define leadership?

Effren’s situation is all too familiar in the corporate world; only the modus operandi differs from one company to another. Some have paid bribes to get orders, while others have pushed out low-quality products. This is an international phenomenon,  and not restricted to India. Sometime ago, China was in the news because of adulteration of baby milk powder by some corporates that were, of course, chasing growth. Korean chaebols like Samsung, LG and Hyundai have figured in corruption scandals, and are loathed as public enemies in South Korea today. At the same time, these have achieved enviable global success. Are we seeing a trend where success and ethics don’t seem to go together in today’s Wall Street-driven corporate world? Is linking a substantial part of the compensation to performance resulting in skewed behavioural patterns at the top?

First and foremost, we have to accept that any business venture is defined by its success in the marketplace. If it does not meet the expectations of its stakeholders, it has no reason to exist. That is the biggest difference between a market-driven private enterprise and a socialistic public sector enterprise. The mission and vision that Misra talks about gets priority in the public sector, but these enterprises are not known to be efficient producers of goods and services; they find it hard to compete in a free market, as we saw in India with HMT, Modern Bread, Scooters India, and others. Kalra is right when he says that success has to be a given for a future leader of the company. His support and encouragement for Lal is based on the fact that Lal has produced results. Encouraging and promoting meritocracy is the approach a good leader should take. However, the problem is that we don’t hear him saying anywhere that the means are important too. Is it because Kalra is being measured and rewarded only on one aspect of success? Perhaps, a more thought out, better structured, variable pay programme that rewarded long-term success in the market, via share price appreciation or “brand value”, could have elicited a different response from Kalra. Variable pay, when used correctly, can actually drive right practices and strengthen a company’s culture.  But done wrongly, it could result in disastrous consequences, as we see in Effren’s case.
Effren’s leadership in the US needs to take the blame for not establishing the right culture in their Indian subsidiary. More often than not, employee actions reflect the company’s culture that they have internalised.  In Effren’s case, its employees, starting with Kalra, were led to believe that only numbers were sacrosanct.

Nitin Nohria, Dean of Harvard Business School, says, “As architects of their organisation’s practices and culture, business leaders have a large influence on the ethical or unethical conduct of their employees.” He adds that they must exhibit both competence and character. Competence involves a relentless commitment to making decisions that show good judgment.
Character involves pursuing the ethical course, even if difficult. Kalra picked competence, and left out character. Would it be a stretch to say he had an incentive to do so?