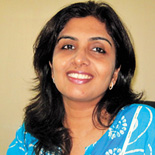 Duleep is right. Sexual harassment (sh) is ugly. The thought that a consulting firm would think of looking at it as a marketing tool is scary to say the least. Why does SH baffle managements such as Arcola, who otherwise devise complex strategies? Why does it not evoke the same response as other less serious forms of misconduct such as corruption or embezzlement?

For practitioners supporting and advocating best practices in dealing with SH, it is difficult to comprehend the hesitation in recognising it as a misconduct that needs disciplinary action, and not peace offerings to women. Equally intriguing is the way alleged perpetrators sometimes get ostracised without even an inquiry.

SH is unwanted sexual advances in any form with or without the promise of any favours or threat of loss of job. Ideally, it should be construed as a serious violation of code of conduct of employment. Dealing with SH and addressing it appropriately is not a marketing strategy. It is about providing a conducive work environment, reassurance against its violation and a fair hearing. In most cases, as it is based on oral accounts, it depends on the subjectivity of the persons hearing the complaint. This automatically gives room to conjectures and is likely to be decided on the basis of the influence of either side given their standing and access when there is no clarity of the issue and the process.

The senior management at Arcola is confused about the scope, repercussions, the purpose of having a policy and finally dealing with SH complaints. Sujoy's initial thoughts on dealing with SH upfront are refreshing as was the process of ensuring that a woman's opinion is taken. But it is dangerous to include all forms of perceived harassment within the scope of SH. It is important for managements to distinguish between harassment, discrimination and SH.

Our existing law, derived out of two judgements of the Supreme Court, says:
* Sexual harassment at workplace is a violation of the Right to Work;
* Management has to set up a fair redressal mechanism other than disciplinary action in the form of a complaints committee (CC) headed by a woman, having one outside member experienced in dealing with women's issues and at least 50 per cent woman members;
* The details of the CC must be publicised for easy access by everyone;
* The proceedings before the CC should be treated as the final disciplinary enquiry;
* Due process should be followed with both parties given and assisted in getting a fair hearing.

Many establishments have a policy in place but this, unfortunately, in my experience, is a well guarded secret with even senior management not being aware of it. The privileged ones, who have the advantage of education and other options, choose to change jobs. A vast majority, whose economic condition, education and age do not permit free movement in jobs, suffer silently and devise strategies to deal with it, including reluctantly giving in. Managements feel  secure and proudly claim there is no sexual harassment in their establishments.

It is critical to create a comprehensive process by defining SH, informing about the existence of a CC and the procedure to adapt. This should be in the contract of employment.  Women should be given reasonable time to make a complaint impressing upon them to explain the harassment in detail and provide support in understanding SH, the service conditions option during the pendency of the complaint, and alternatives if they do not wish to proceed further with the complaint. The alleged perpetrator should be given a fair hearing.

A timeline of 24 hours to file a complaint is ridiculous just as it is to terminate the services of an alleged perpetrator without an enquiry. The CC should also inspire confidence by placing a senior person within the company as its chairperson. If the allegation is against a person who is a senior or a peer to the chairperson, the chairperson should be from outside.

SH happens at every age. It is not always about power or on provocation, and of only juniors; these are myths. I have dealt with many cases of women in senior positions being harassed by men who are junior to them, docile married women being harassed and a minister harassing an IAS officer.

Women facing SH: remember to document, share, condemn and confront. Sharing helps clear ambiguity and creates a support group.  Non-performance is a standard defence. But it doesn't hold water if it comes after the complaint.

Some men say they would prefer a ‘men only' workplace to avoid allegations of SH. The thought is a problem, not a solution.

Aparna Bhat heads Legal Services, a law firm that specialises in addressing human rights issues. She works closely with the government, corporations and the police to address issues of sexual violence besides other areas