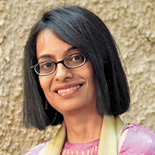 When you come to a fork in the road - take it" said Yogi Berra, a major league baseball Hall of Fame player and coach. I'm reminded of this as I sit down to analyze this case. Life is about making choices. It is no different for the women in the corporate world today. On one hand she can choose to keep quiet and act like Sexual Harassment(SH) cannot and will not happen to her; she can chose to make a noise after it happens or she can choose to quit and fade away because she couldn't take it. On the other hand, she can proactively demand an environment which will discourage SH from happening. Ultimately the choice is for her to make. Time and again women make the mistake of joining wrong places, facing issues and then feeling trapped with no choice but to quit or toe the dominant line. This has led to disastrous consequences for career women. Any number of studies have shown that women quit from the workforce in large numbers between 25 and 35 years of age as they find their employers do not have any policy to help them tide over their short term need to spend more time with young kids. A recent *McKinsey study titled "Women Matter" talks of how 87% of the women in middle and senior management chose Work Environment as the single most significant factor affecting their career decisions while only 49% chose Family Circumstances. So if women are serious about building careers they either have to change the environment or they need to choose organizations with the right environment.  The presence or absence of SH surely is one of the biggest indicators of the quality of work environment for most women.  But how do you know where an organization stands with respect to SH and many such uniquely gender specific issues such as flexi-time, work sharing etc? The best way to  determine this is to be very alert for the subtle and not so subtle messages that the organisation is sending out through its external façade.

A company which is dominated by men at executive levels, hardly has any board representation of women is willy nilly telling you that it has not found the need to promote gender diversity. It is communicating very openly that if you want to come and work for it you need to adjust to its culture and its norms, which so far have failed to be "women-friendly". Such companies if at all they had SH policies would still fail to implement them in letter and spirit. On the other hand there are companies, which will have more than a sprinkling of women in their ranks because they have recruited, retained and promoted women proactively. A very prominent example is of course ICICI in India.  Such companies will demonstrate zero tolerance for any behavior at any level which would lead its women employees to feel anxious and uncomfortable. This is what HP's board demonstrated loud and clear when it asked its best performing CEO to leave. This was not a knee jerk reaction. It stemmed out of HP's long-standing commitment and conviction around gender diversity. It is a well-articulated corporate strategy, which was kick-started by its ex-CEO Lew Platt to stem the high turnover of women managers in the '80s. Now in the 21st century HP, roughly one out of three department heads is a woman, and two of the top five executives were women during Carly's time.

There is also a bigger driver here. The same McKinsey study quoted earlier showed that companies with a higher proportion of women on their management committees are also the companies that have outperformed their sector in terms of Return on Equity, PBIT and stock price growth! So more reasons for talented women like Amai, Radha, Indra, Mini and Megha to choose a company, which is actively looking to provide the right framework to protect women against any discriminatory practice like SH.

In this context, Sujoy's words should be music to their ears as it reassures them that they are in the right place. His actions clearly show that he wants to create a working environment, which is equally welcoming of men and women. He wants to be equitable and fair so that he has the best chance to retain Amai as well as Kamal. His earlier experience at Arcola   has taught him that SH cannot be brushed under the carpet and it will rear its ugly head in completely unexpected quarters. Putting in place a policy and process for dealing with SH is therefore a no brainer for him.

If I were in Amai's place I would see Sujay's proactive stance as a symbol of his superior leadership qualities. I will work with him to ensure that SH and other such progressive HR policies that would help me perform better and build a career in Kippol are put in place sooner rather than later.  Mini gets it right when she says that as women we have to stand Tall. We need to have the self-confidence and belief in ourselves to choose how we will live and work.  We can and should demand a work environment, which would make us feel comfortable and help us give our best. If it is not available where we work we should vote with our feet and go work with companies, which do care to provide for our specific needs. Or else even start our own firm. Today's woman will not whine - she will walk out, head held high for she knows her worth.  She is ready to take the fork.