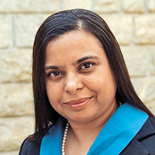 The discussions in the case study clearly reflect the varied points of view about the very idea of what constitutes sexual harassment (SH) and the best ways to deal with it, especially in organisational contexts.

When we accept that SH exists, the debate sometimes starts swinging towards "whose fault is it anyway?"  Maybe it was the fault of the woman because she was in the wrong place at the wrong time — dressed or acted provocatively. Maybe she wanted to exploit the seeming opportunities she perceived in the situation. This is of course completely unjust to a victim of SH. The dynamics of SH all through history has less to do with the particular woman, than the ‘object' that she can be seen as — in the context of expressing "power and aggression". This is obvious when, for a moment, we look at SH outside the workplace.

All parents of young girls just moving into their teens know the sudden feeling of responsibility which descends heavily on their shoulders. The possibility that a young girl who has not yet even realised that she is moving from being a happy child to turning into a young woman, has already been ‘eveteased' at some point or the other — whether she is in a school uniform or walking through a bazaar with her parents — is pretty high. The restrictions start right from parents responsible for the ‘safety' of their daughters, and equality of opportunity takes a hit right there.

So coming back to the workplace, how fair is it to point at individuals and tell them to take responsibility for everything that happens in their lives? Clearly, women need to be assertive and bring it to other people's notice if they are being harassed. If we sweep it under the carpet as Indira suggests, branding such complaining as whining and griping, we fall into the trap of being passive victims. When Amai talks about having had the good fortune of having worked in excellent places where zero tolerance to SH was role-modeled by senior managers, it is obvious that this could have not happened without some very strong policies and their implementation forming the back bone of that culture.

Radha highlights how difficult it is for a woman to complain to HR about SH. In that context, the whole debate about how necessary it is for the woman to complain within 24 hours of the incidence, becomes a tough discussion. On the one hand, it makes sense as a way of empowering the woman to not take it lying down even for a couple of hours. On the other, there does not seem to be any concession made for the psychological confusion and trauma that a woman experiences in such circumstances. While this rule can make the organisation look good,  the problem itself would have fallen through the cracks.

Mini's story highlighting the difficulty of standing up, even together, against a systemic ailment, makes us look like Don Quixote tilting at wind mills. Most of us as individuals do not make these strong choices. And when we do, we definitely pay the price by, at the least, being labeled and, at the worst, being penalised.

Therefore, it becomes important for us to move this whole discussion from individual responsibility to organisational and societal responsibility, and towards providing a safe environment for half our population to enjoy their constitutional rights of liberty and equality. The inherent threat of SH hangs over every decision a woman or the people around her ‘responsible for her safety' make — how far from home she can travel to study, what kind of jobs she can take, whether she can travel on work or not, whether she can take on challenging managerial roles taking those late night meetings and sudden travel plans in her stride.

When we invite women to study in schools and participate in the workplace, we also take on the responsibility of providing them a safe environment where they can focus on their education or work, rather than having to worry about how somebody is interpreting their every expression and action from a sexist perspective of whether we are behaving appropriately as per the roles allocated to us as ‘women'.

When we look at SH in the workplace — I personally feel it is excellent discipline to look at ‘sexist' discrimination as a starting point to ensure the dignity of the woman. If this kind of rigour is ensured in the work environment, it will be that much easier to get a handle on the more grievous SH challenges.

Between having a policy, sufficient laws, institutional mechanisms and an organisational environment that clearly signals to every employee that no indignity or discrimination will be tolerated, and the individual standing up for herself and saying no to any form of indignity, if we consciously work together at every level, we may have a safety net for all women — enough for women to be a major contributor to the
family, organisation, the economy and society.

Usha Raghunath has worked for many years in the corporate and the not-for-profit worlds as a development consultant, trainer and executive coach