Analysis: No Excuses For No Ethics 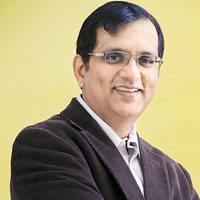 08 November, 2014
Print this article Font size -16+
This case throws up an interesting question. Jenneck’s managers realize that some of their acts are ethically wrong. Yet they have done it. These managers are educated and socially aware; then what makes them behave so? Why is it that there are companies with unethical behaviours, coexisting alongside companies like Infosys, Wipro, etc., known for preferring the path of ethics? If you examine, the managers in both kinds of companies have similar social and educational backgrounds.

Then, what is the difference?

Too costly: CFO Suketu Krishnan has avoided paying minimum wages to his contractors and argues that it was necessary to do so to manage cash flow. Sushen from the supermarket has not installed an effluent treatment plant because there was ‘no budget this year’.

It’s the environment: Sharan Rao, TimTom’s GM, argues that strong-arm tactics, including paying cops to do their job, are required because that is the only way they will investigate and thereby reduce pilferage.

I believe it is the corporate culture. Companies that have introspected on the importance of integrity and made it a cornerstone of their day-to-day work, create a culture where ethical transgressions are quickly stamped out. When Infosys was founded, it was decided that its vision would be to be the most respected software company, and not the largest software company. As Narayana Murthy says, “If you seek respect, you will not short-change your customers, you will be fair to your colleagues, you will be transparent with your investors, you will treat your vendor partners with care, you will not violate the laws of the land and you will live in harmony with the society.”

In a company that has internalised the importance of integrity, the managers also soon realize that the harder “ethical” choices are, in fact, not costly in the long run; win you more deals; and will actually speed up things.

Jenneck’s team needs to ponder specifically on these what ifs:
* If the reported transgressions are found out, it can hurt Jenneck and become really expensive with penalties and lawyer’s fees. Also, if investors realize that Jenneck is weak in accounting standards, its valuation will suffer.

* While Jenneck might win one deal by paying a bribe, it would have set itself on a slippery path — the honest sales people may quit, and it will be left with people who will get more such dishonest deals. Jenneck’s reputation, and market share, will suffer.

* While Sharan can get pilferage down for sometime by using the police, the longer-term damage to the morale of the employees is huge. By not having mechanisms to investigate wrong behaviour, an environment gets created where the employees don’t develop a sense of ownership. This will result in more pilferage, employee unrest and poor customer service.

Employees also realize the importance of making the right “ethical” choice every time. CEO Atul Bhargav justifies misrepresenting the EGM attendee list — “It seems like a small transgression”. But as Clayton Christensen says, “It’s easier to hold to your principles 100 percent of the time than 98 per cent of the time”.

Jenneck needs to start at the top. Bhargav and his team will have to commit themselves to honesty and integrity, and demonstrate the values in every interaction. They should start with cleaning up current lapses; there may be some immediate pain (penalties, possible bad press, etc.) but it is absolutely important to do so to move forward.

Jenneck should draft and implement a code of conduct policy, share it with employees and get their buy-in. Workshops should be held to discuss the codes with examples of wrong behaviour clearly illustrated and dissected. This should become an ongoing exercise. Ultimately, as Tom Tierney said: “A corporation’s culture is what determines how people behave when they are not being watched.” That will be the true test.

Employees should be encouraged to bring up bad news and not cover it up. That level of faith seems to exist currently as can be seen in the frank discussion the team has been having. Bhargav can pole-vault into high ethical standards from here, if he chooses to. He and his team will then be able to sleep better, because, as we say at Infosys, “the softest pillow is a clear conscience”.

The author is a vicepresident at Infosys. In 20 years, he has served in client management, outsourcing, business/IT consulting & strategy planning