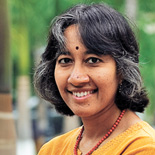 Sexual Harassment (SH) takes place at many levels: from subtle to gross. Offensive behaviour has to be seen from the point of view of the victim. At a deeper level, SH is a manifestation of the inability to understand diversity.

Social conditioning plays a very big role in shaping attitudes towards women. It is necessary for organisations to drop such baggage, since there is a high premium on diversity. Any attempt at gender equality might be confounded by the vast diversity of employees —background, education and culture — all of which define the manner in which people interpret cues or behave in various situations.

Women coming from relatively closed environments into non-traditional roles often lack self-confidence — they may either over-react to a SH incident or may be too shocked to react at all. Their sense of isolation can be accentuated. It is the firm's duty to provide an environment that ensures basic human dignity.

What a pity it is that the Arcola leaders feel the need to explain clean practices to its employees — shouldn't they know? Is it not about attitude rather than behaviour? Take the example of inappropriate language. Most women are disturbed, not by the words themselves, but by the underlying attitude and mindset.

A clear policy that defines unacceptable behaviour is essential. But a policy can never cover all the likely situations, particularly in a delicate area such as SH. There would be gaps, open to interpretation and discretion. Even if the policy is widely known, most people seldom internalise its essence as most employees consider topics such as gender equality or diversity unimportant. Also, the corporate body is likely to give priority to business performance.

Given its subtle nature, very few cases of SH are reported. In the case, Amai says that a woman can sense potential violation easily; and yet, she may ask later "did it really happen?", "was it really intentional?" — because of the seniority of the person, his background or a past comfortable working relationship. Can she ever be sure later? Or would the realisation dawn later that she has been victimised?

In implementing an SH policy, there are a few  broad points that should be followed.

Sometimes, awareness of an SH policy can result in men feeling that it is a pain to hire or nurture women. This may result in further imbalance in an already unbalanced environment.

Diversity is creating synergy between different points of view and individual strengths. Drawing attention to SH does create awareness about an inclusive environment, but excessive focus can hurt the cause of women. Hiring the right people is crucial. Yet, most managers are not trained to recognise attitudes and find it easier to evaluate on basis of business skills alone.

Rather than fear of external recrimination, Arcola needs to recognise that installing an SH policy is an opportunity to delve deeper into attitude and culture, into core values of mutual respect, trust and fearlessness. A gender policy will, in fact, make Arcola a better place to work in, with an environment that would be sensitive, open and welcoming, without fear of expression or experimentation.

To Duleep I wish to say, an SH policy is not for regulation but to create a society that is fair, equitable and inclusive.