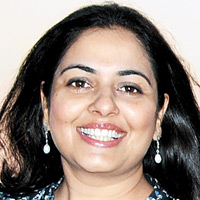 08 November, 2014
Print this article Font size -16+
Guten Morgen, says Germany. For a country known to be tough on Internet users by almost always holding them liable for their actions, last month’s high court ruling must have come as a surprise to many. The court ruled that the parents of a teen, who made available over a thousand songs on file-sharing networks, could not be held responsible for their son’s infringements nor (mind you!) be required to monitor or hinder his online activities. When the plaintiffs insisted that the couple had fallen short in their parental role, the court ruled that they had not, as they had informed their child of the basic ‘dos and don’ts’, including the fact that file-sharing copyrighted content is illegal.

Unless parents had or have ‘reasonable ground’ to believe that their child would engage in infringing activities online, there is no reason to monitor or nanny the teen at home. In addition, the school obviously has no business monitoring the teen as nearly all such activities happen off school premises. Thanks, now let’s unpack this issue back home.

So why is Shree, the principal in the case study, at a loss? As the Internet becomes more pervasive in her students’ lives, she cannot quite decide where the burden of responsibility lies. Legal or moral, my take is, that burden is anything but hers. She can help mediate an apology, but it is neither her responsibility nor her job to acknowledge what does not happen ‘on her watch’. Morally, one can argue that the school students’ behavioural toolbox is filled with sensations of love, joy, hate, grief, fear, distrust, and a host of other emotions. When events, good or bad, occur, they reach into that toolbox for a response, and based on conditioning, they let out a programmed answer. This response, offline or online, comes from learning, an assimilation of different perspectives, from parents, teachers, media, peers and environment. Since behavioural constructs like bias, religion and political logic are all learned responses, when Sharan hurts his schoolmate’s feelings or Kartik makes an anti-minority remark, Shree feels that she (or the school) didn’t do enough in helping them ‘learn’ the right response, and that though she may not be intentionally responsible she is inadvertently responsible for their remarks. Well, not true. I believe Kartik was aware of what he was posting, but what he didn’t know was how far it would go.

Imagine the school’s plight, should the students start using Spraffl instead? Named after an Edinburgh slang, ‘spraff’, which means ‘talking absolute rubbish’, Spraffl allows one to post anonymous, location-based messages that anyone can read and comment on. There are no friend networks to build, no people to follow, no check-ins needed — just start Spraffling wherever you are. It has built-in community self-regulation, and users can report an update as abusive. Besides, one has to sign up through a Facebook account, so I guess this would allow the administrators to ban a user if needed. But it still makes a strong case for an open, depersonalised environment, where you can be yourself without having to apologise for it. Perhaps, this is why it is catching on fast with this age group.

Whereas a school may be partially responsible for keeping its students in check offline, on school premises, and, at most, be able to ‘influence’ their online behaviour, there isn’t much else it can do. Beyond barring off-limit sites, blocking proxy servers and applying password protected security walls, of course. Shree must be clear that a school’s authority to govern student speech generally does not extend to speech that takes place off-campus or outside of a school activity. Wisdom Vidyalay cannot enforce rules for what students read online when they are at home or places away from school.

Shree has much to learn from a recent debate in the UK about cyber-bullying that claimed to have interfered with another student’s right to receive an education without fear or aggression. The school in question had swiftly decided to adopt an anti-bullying policy, which all students (not their parents!) had to sign on. By law, it was read out to them, that it did not punish the opinions or beliefs but instead the impermissible conduct. Off-campus or online bullying evidence could lead to legal suspension of a student. Students were told that they were responsible for their own actions, and that their spoken word may often not be recorded but their written word will be nearly impossible to get rid of. In many ways, the online became more accountable than offline.

Germany and the UK, for instance, at least defined their legal boundaries and who to pin the responsibility on should things go wrong. But India seems to have no legal viewpoint on such ‘soft issues’. So educate your kids all you may, but consider them responsible, lay out those laws (or even rules at school level), clear consequences and follow them through. And please spare that unnecessary child minding in the process.

The author was a brand director for Hewlett-Packard, EMEA, at Publicis London. She is now guest faculty at ICSC European Retail School, and is an examiner at the Chartered Institute of Marketing, UK