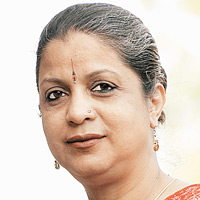 08 November, 2014
Print this article Font size -16+
Formal work places have clearly written policies, rules and criteria for evaluating performance and conduct; just as a nation has law which articulates what citizens can and cannot do. But language has constraints, because while it spells clearly, it often does not communicate the spirit of what it stands for; and this is why codification of norms does not ensure compliance. Several examples in the case illustrate that actors have acted unfairly even though they do not explicitly violate a rule.

Paulose transgresses principles of human resource management when he refuses to make the simple correction regarding Jairam’s date of birth in official records, because he is peeved with Jairam for having refused Alisha an out of turn promotion. Shannu Guha is asked to leave the company, without much ado, because Shannu, though competent is slow. Rajdeep’s explanation of a company which manipulates the length of cigarettes to reduce tax liability in excise, fulfills in letter but not in the spirit of law. Finally, the minister’s disparaging comments about women is misuse of legal privilege.

Wholesome families and societies do not have written rules and regulations; neither are members saints above ordinary human needs. Yet individuals are conscious of duties, responsibilities and social obligations and while pursuing self interest do not usurp or encroach on prerogatives of co-inhabitants. This attitude is called lajja, a term that subsumes several other qualities like deference, modesty, dignity, respect for social role, relationships and integrity. Lajja is the glue that keeps social systems cohesive.

Lajja is not inborn — it is learned and can be inculcated. Hiri Ottapa, a Buddhist concept  necessary for spiritual evolution, comes semantically close to what  lajja means. Hiri is a sense of shame or conscience, and Ottappa is moral dread of doing something wrong (not to be confused with guilt, repression, or neurotic shame). When Hiri Ottapa is developed, we shrink away from the inappropriate, considering the significance and appropriateness in our relationships with others and with our natural environment. Ottappa specifically means reflection on our actions; that willingness and preparedness to stand back and think it through.

By analogy, this makes lajja an essential moral — an emotional mind force that all individuals in a family, commune, organisation or society must possess in order to hold back at times, or perhaps take that extra step for the benefit of collective wellbeing.

But lajja has many derivates: when we cling to it obsessively, it degenerates into shame and often leads to self destructive psychopathology. When shame for having transgressed is combined with reason and reflection, we experience guilt that makes us initiate positive and corrective actions. Collective lajja degenerated as shame is responsible for intergroup and honour crimes; and manipulated by marketing gurus in advertisements to sell, for example, fairness creams. A gendered version of lajja restricts women from expressing themselves holistically, which both men and women manipulate to sustain the power inequity in patriarchal system. Thus lajja can be a virtue, an emotion or a tool for manipulation.

In the present society we find a denatured version of lajja playing out. There is increased consumerism stemming from a feeling of shame for not having, say, a particular car, and marketing professional use this to increase sales.

Individualistic involvement in ones career pegged as working for family prestige (lajja as virtue) is often an excuse to shirk less rewarding family responsibilities. Imposing strict norms of conduct and dress code on women under the garb of lajja are ways to deprive them from enjoying resources that men can have.

There is greater cultural, gender, caste and class diversity in work places today and ideological systems in all progressive nations support egalitarianism. Codified values and policies are meant to uphold this new workplace ethos, but human intelligence ends up subverting these for vested gains. Lajja is an Indian value with deep cultural roots and is well aligned with modern organisational and societal needs, albeit it has become denatured. If revitalised it can teach us to adapt to the ever-changing context of desh (place), kaala (time) and paatra (actor) without diluting ethics, morality and self interest.

The responsibility for nurturing this meta value lies with parents, teachers and leaders. The roots of lajja are embedded in the ontological assumption of Indian philosophy which posits that human endeavours are meant to be responsible actions because we are all in an obligational  relationship with other beings, specially the guru, rishi, pitri, bhuta (teachers, spiritual individuals, ancestors and nature). It is because of others that all human beings come into existence, evolve, remain alive and live a harmonious life and lajja enables this unification.

The author is associate professor at Faculty of Management Studies, University of Delhi, where she teaches Business Ethics & Personal Power and Leadership through Asian Values