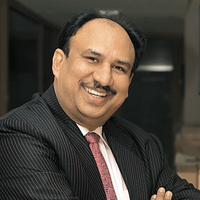 Vittal Morro’s challenge is same as was Jack Welch’s a few years ago — irrespective of the ownership pattern. Perhaps Welch had more internal choices than Morro. Not much is known of Morro’s other children, four daughters, to evaluate if any one of them had better credentials than Prasad, Morro’s only son. This, of course, raises the issue of gender bias in family successions, but I choose to let that be.

Professionals use the age old military tactic of creating a diversion when they say geriatric CEOs and succession voids are self-created or genetic problems of only family-owned and managed corporations (FMCs), and that too in India. The so-called professionally managed corporations, too, do not have clear succession plans. In some cases, the entire senior management is a senior-citizens club. That a patriarch does it for the family and not himself is understandable; but a professional CEO who ignores succession issues, does it for his own interest.
Succession can be a double-edged sword. The leader may think — having built a large swathe of businesses over decades, what good am I if I could find someone so easily to succeed me? This can be a deep, ego-busting, emotional carnage. However, the another thought could be — if I do not choose the right successor and things start going down after me, it will reflect badly on my judgement, which I have always prided myself on. Many fathers find it difficult to let their grown up sons handle the reins, and continue to commandeer most aspects of the sons’ lives. That the patriarch is around gives a sense of security. Thinking of life after him amounts to wishing him dead. Therefore, the issue of succession is brushed aside, until it is too late to groom an internal successor. Morro too seems to have pushed the issue to too late.
However, even now he can prepare his son by having discussions with him on ideas, sending him to visit other companies that have made successful transitions or even get a coach to work with Prasad to come up with alternatives.
Seeking a solution to succession by separating ownership from management is rather simplistic. There are many examples of professional CEOs who have failed to deliver in non-family organisations and several examples of family organisations having to fall back on a family member to retrieve the company. Those who rely on outside hiring as a solution to succession must accept that either they failed to groom a successor, or never wanted to do it, or their successor grooming failed and could not deliver the desired outcome in time.
FMC patriarchs have hard-nosed business sense and are not blind to the short comings of the potential successors in the family. As the role of a CEO gets more challenging, given the multiple expectations of stakeholders and complex changes all around, the process of grooming a successor has also moved away from a simple “follow-me” or “do a few hands-on projects” to more complex issues of reflecting on one’s own thinking, values and attitudes to the emerging trends as reflected in individual behaviours, customer expectations and the way life is lived. It is not just about having skills and exposure, but also about having a point of view and a broader world view; being courageous while keeping an eye on risk; wanting to innovate and experiment; preserving time-tested strengths; and, above all, an ability to learn. These have to go along with deep connectivity with people to deliver on the vision.
Therefore, are CEOs — let alone the patriarch’s of business families — equipped to groom successors in all these areas and also know how to do it? Patriarchs of business families have the unique advantage of exposing potential successors, and other family members, intending to be in business to multiple role models through their network of contacts. They can create opportunities for them to visit other businessmen, meet people who bring perspectives, join round-table discussions, or even be a part of an official delegation. The patriarch perhaps has the responsibility to create a sense of urgency on acceleration of development.
Morro’s case also throws up other key questions such as who has the accountability and responsibility for succession, what is the right time to commence the search, what does one look for, and, finally, how much can one learn from others’ experiences and how much can one rely on one’s own organisation’s context. It also raises the silent questions of generation gap, philosophy of charity, and the fixation with exalted labels such as transformational leadership when all leadership is only about that. Leadership is not an activity; it is a moral commitment to advance a group from its current position to where it can be or ought to be.
I like the metaphor of Morro’s haemophilic grandson; Tapu paints his own wins and losses. We too paint our own wins and losses, even in CEO succession.
Santrupt B. Misra is CEO of Carbon Black Business and director of group HR at Aditya Birla Management Corporation
(This story was published in Businessworld Issue Dated 15-02-2010)
Tags assigned to this article:
anuradha parthasarathy magazine leadership case study analysis succession meera seth managers family owned business santrupt b misra