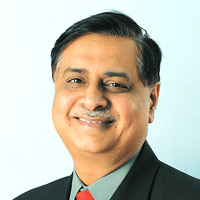 Before explaining each of these let us agree on one premise that barring a few, most people would rather abide by rules if they are fair and hassle-free.

Stakeholder interest in the rule. Many a rules are made without a thought to identifying key stakeholders who have an interest in making the rule work. Every rule needs one or more stakeholders who need to make it work. Implementation may require empowerment of these stakeholders in some way. Let me illustrate with an example: littering and encroaching of footpaths. The key stakeholder for this is actually the hawker or the retailer. The better the walking area, the more the footfalls, and the more the business. So the best guardian for implementing the litter rules and encroachment rules are the licenced hawkers and retailers. Bangkok has worked this successfully. Even the coconut vendor will fine his client if the shell is thrown outside the garbage can! The result: clean streets.

Source credibility of the rule-maker. A big thing for Indians is who has made the rules. If the rule-maker is seen as corrupt and slothful, such as the police departments, the municipal corporations, the electricity boards, etc., even the most rule-abiding people will want to try to break the rules. DMRC or the Kolkata Metro are seen as clean and efficient and public laps up any rule they make. Even when a municipality such as Surat was run by a clean and efficient administration after the plague, it became the cleanest city in Asia. When the courts order use of seat belts, the country complies while all the other traffic rules made by the police are not obeyed. Source credibility is, therefore, a key element to an overall atmosphere of compliance.

Speed of implementing punishments. When rules are broken and culprits caught, if the process of meting out punishment is long and arduous, people will break more rules to get out of it. But if punishment is fair and fast, most people will comply. It is not the penalties that are the problem. Spot fines in small amounts have greater impact than larger doses of fines. Paying Rs 50 hurts as much as paying Rs 500 because pride gets hurt. The rule-makers have to realise that quantum of fine is not the deterrent; speedy implementation of punishment is.

Spending penalties collected transparently on public good. If you knew that the fine or penalty you are paying goes to give succour to widows and families of martyred policemen, or that litter fines are used to repair roads or make shelters for homeless you are more likely to agree in letter and spirit to the rules. If you believe in them, you tend to comply more often. Even when you break the rule you are willing to graciously bear the penalty. Make the entire loop of the rule for a larger public good, and both compliance and its penalty for breakage becomes efficient.

What Can India Teach Us About Global Trade?