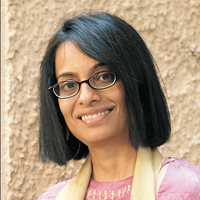 Vittal Morro has figured out that the Morro Group requires a different kind of leadership team — a transformational one — to take it to the next level. He is able to see it because he has been such a leader himself, and leveraged changes happening in the 1990s to the group’s advantage. His son Prasad, however, appears to be more of a transactional leader who is good at piloting the company today, but fails when judged against a grander future vision. So who is a transformational leader? And how should Vittal go about identifying one? What does he need to do to attract them and retain them given the Morro legacy of family management?

Transformational leaders see their business landscape differently — where it is today, where can it go tomorrow and who the competitors are. They have the capability to step back, identify the opportunities for the company and navigate it towards a path where it can leverage its strengths best. They are able to paint their big vision and attract a team that is willing to stretch itself because it sees itself as changing the world.
Steve Jobs is one such leader. When he came to Apple the second time, he did not see it as a PC company fighting Dell, Compaq, etc., which is what his predecessors had done. Instead, he envisioned a future for Apple as a company that will enable mobile digital connectivity. So anything a customer wants to access digitally, Jobs sees Apple providing the best medium for it —  iPod for music, iPhone for voice, data, and Internet, and now iPad for information. He has moved Apple into a different league, and to a level where it competes more with itself than with peers.
Ratan Tata, and the difference he made to the Tata Group, is another instance of transformational leadership. He saw the group not just as an Indian business group but as a global conglomerate from India. The difference in perception has resulted in the group making a quantum leap in its growth, led by executives who are driven by the new vision.
However, identifying and attracting such leaders is not easy. The first critical piece is to know who you are looking for, and not settle for a compromise choice. This means that once the criteria have been spelt out, the search process needs to be fairly thorough and extensive. The search team has to remove its blinkers and look at non-stereotypes because the world of business will look different tomorrow.
So, what will the business leader of tomorrow look like? In all probability, he will not look like our typical leaders of today. Did N. R. Narayana Murthy fit into the definition of a global business leader in the early 1990s? He did not play golf or go to Wharton, and neither did he work for the IBMs of the world. But he transformed the entire IT services industry as the world knew it. Therefore, to identify a transformational leader, we need to understand and appreciate the significant changes taking place in our environment, and then make a calculated leap of faith to choose the candidate who can make the transformation happen for you. In all probability, he will not be a ‘star’ candidate whom the outside world proclaims as the best choice.
Another criterion is to look for people who have taken risks, failed and picked themselves up again. It is very difficult to be a transformational leader without having demonstrated the ability to take the untrodden path. This trait would have taken them into jobs and places where they participated in significant change processes, perhaps not as leaders but as part of the execution teams. Ratan Tata, for instance, had the guts to take up Nelco — a company that was never a star in the Tata stable or outside of it — and experiment.
Yet another criterion, or rather non-criterion, is that transformational leaders need not be charismatic. They typically keep themselves off the radar as their ideas and thoughts may appear far-fetched to the business paparazzi.
Assuming that the Morro Group in the case study is successful in identifying its next-gen leader, it still has the difficult task of attracting the candidate and getting the family to support him. A good start would be to form a holding company with a leadership team consisting of the CEO Vittal Morro, his son Prasad, grandson Ambarish and preferably some other family member representing the women of the household who are also stakeholders here. The holding company should then engage an external firm or consultant to get the son and other family members to don the cap of investors and emotionally disassociate themselves from the company’s operations. A very important aspect of this exercise should be to delink ownership and control from management, so that the family does not fear the loss of control.
This is essential to do to ensure that the new leadership team has the runway to execute, as any transformation starts out slowly and then gathers momentum.
Anuradha Parthasarathy is the CEO of Global Executive Talent, a leading executive search firm.
anu at globalexecutivetalent dot com
(This story was published in Businessworld Issue Dated 15-02-2010)
Tags assigned to this article:
anuradha parthasarathy magazine leadership case study analysis succession meera seth managers family owned business santrupt b misra