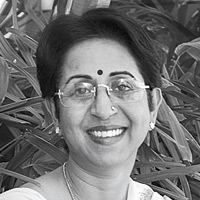 08 November, 2014
Print this article Font size -16+
In golf, we try to  make every stroke count; in bridge, we make the best of the hand that is dealt to us. Being an effective team leader is very much like a game of bridge. Being a successful manager is about understanding each individual in the team and aligning all the members so that the sum is greater than all the parts.

Yes, Suyash Rajan is a challenge. But given that he is on the team, we need to understand what makes him tick and how we can support him to be an effective contributor.

Another important dimension to consider is that, as an organisation, what behaviours does Morro Consulting Group (MCG) really value? And what is the process by which they help people imbibe and live these behaviours?

To me it is apparent that the performance management process is not very robust and the line manager, Apurva Jain, doesn’t see it as his responsibility to improve the behaviour and performance of his team members. We have no idea how long Suyash has worked in MCG or whether he has ever been given any guidance on how his behaviour is impacting his performance and that of the team. The HR director seems concerned that he has to have “one of those conversations” with Suyash! Are they avoiding the real, and difficult, conversation by transferring him to another team? We do great disservice to our team members by not giving them timely feedback.

British researcher and management theorist Meredith Belbin did a seminal piece of research that is still very relevant. Working with a control group, he proved that teams that were made up of like-minded high performers showed worse performance over a period of time than teams comprising people with different abilities and styles. The latter grew in perspective, capability and ultimately in performance, because they learned to leverage each other’s strengths and weaknesses to the best advantage. They respected the value that each team member brought to the table.

Belbin identified eight team role types, all of which were equally important for the team to be successful. Suyash seems to be a classic Monitor Evaluator type — the cynic in the team who might appear negative, yet, through his questions and challenges to the status quo, is able to get the team to think differently about their approach and avoid the pitfalls of the past or things they may not have considered. The inherent weakness in this type of a person is that they are slow in taking decisions and struggle with innovative approaches.

Apurva and others seem to dwell on Suyash’s weaknesses, but no one gives him credit for his strengths. Has Apurva ever really understood Suyash? By reinforcing his weaknesses, are the leaders in the company, in fact, creating a self-fulfilling prophecy?

Often, we are unaware of the conscious and unconscious biases at work. We perpetuate group thinking, label people and end up damaging individuals and vitiating the environment across the whole organisation.

Morro’s leadership needs to bite the bullet — either they mine out and understand the value that Suyash brings and then help him moderate his style; or they have the ‘difficult conversation’ to let him go. Ultimately, it is the leaders who must take responsibility for the outcome. This constant state of flux of ‘is he in or out’ cannot be of good to anyone.

My advice to Maya Kini would be: welcome Suyash to your team. You may be surprised by the value he brings to the team and to you as a leader. It might be hard work, but the benefits could be considerable. I say, bite the bullet; take him on your team and bring out the best in him. Often, it is the most difficult team member who becomes the wind beneath your wings. And in doing so, he also finds his own wings. After all, isn’t leadership about helping ordinary people achieve extraordinary results?

The author  is a regional human resource director of an MNC and is based in Singapore. She is passionate about organisation and people development