New Delhi [India], February 16 (ANI): Bollywood megastar Amitabh Bachchan celebrated Vasant Panchami and posted pictures on his Twitter handle from the celebration of Saraswati Pooja with his family at his residence in Mumbai.
Big B posted two pictures on Twitter with the caption "Ghar mein, saparivaar, sarasvatee poojan sampan!" 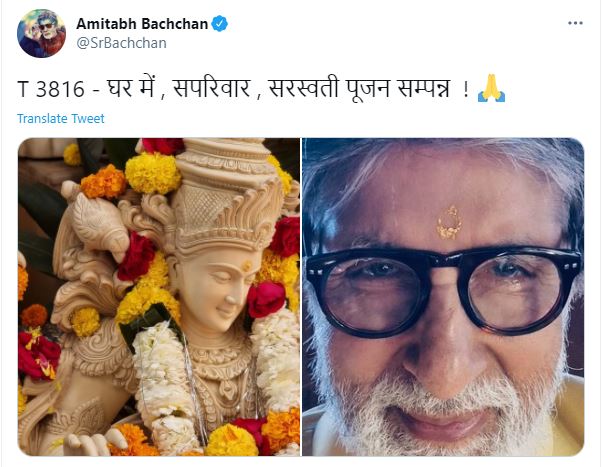 The post shared by senior Bachchan sees two pictures, one of which features Goddess Saraswati adorned with yellow and white flowers. 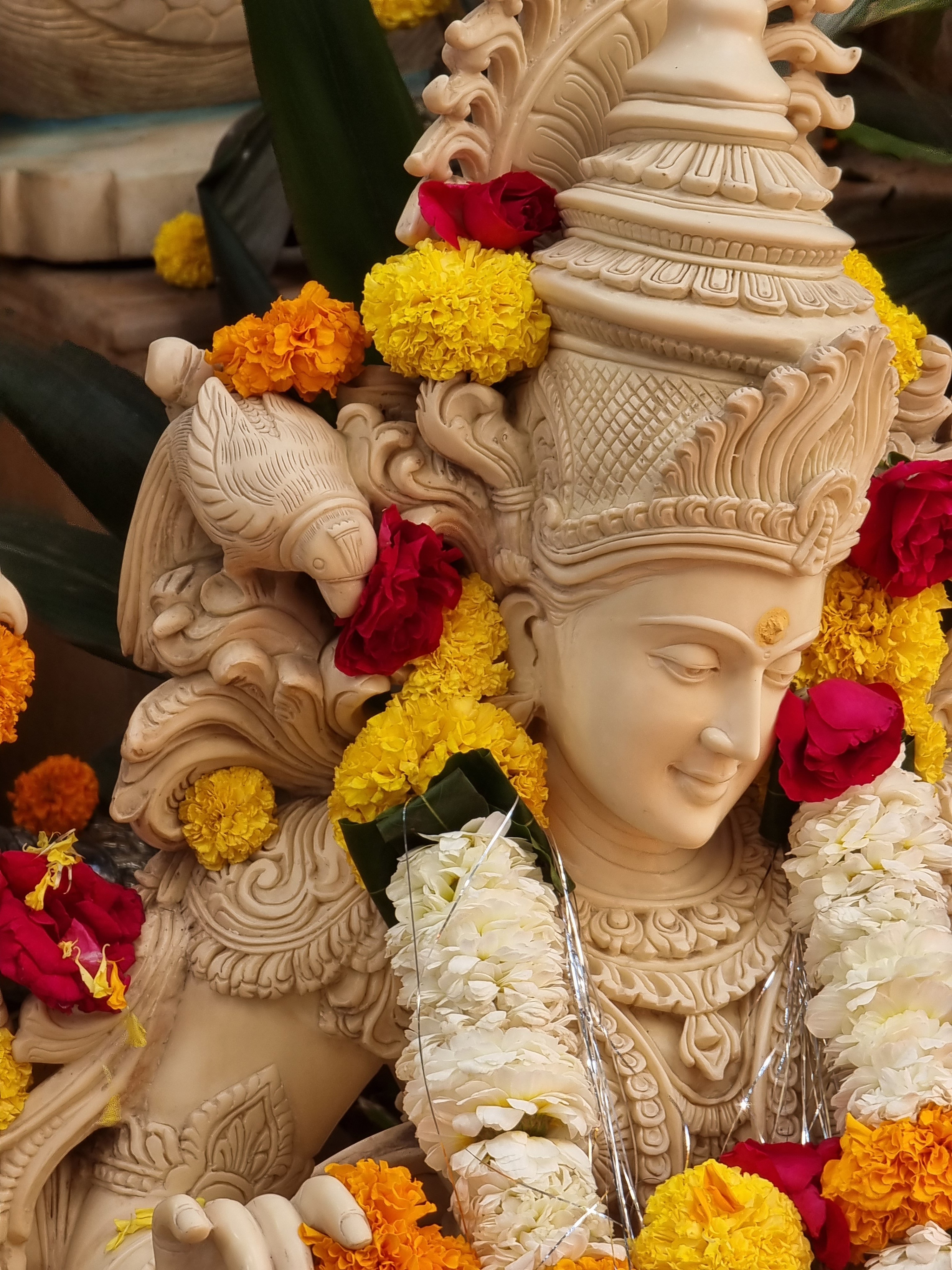 The other snap is a selfie of the veteran actor that features him dressed in a traditional yellow coloured indo-western jacket.

Vasant Panchami is one of the most popular spring festivals of India, celebrated across different parts of the country with fun and fervour. The festival is also celebrated to mark the birth of Goddess Saraswati, who symbolises knowledge, wisdom, purity, and truth.
Earlier, Big B, marked his 52 years in Indian Cinema on Monday and shared then and now throwback pictures of him on social media.
Bachchan's last onscreen appearance was in 'Gulabo Sitabo' alongside Ayushmann Khurrana. The 78-year-old actor has several exciting projects in the pipeline including Ayan Mukerji's 'Brahmastra', co-starring Alia Bhatt and Ranbir Kapoor, 'Chehre' with Emraan Hashmi, sports drama 'Jhund' starring the 'Sairat' actors Akash Thosar and Rinku Rajguru, and 'MayDay' which also features Ajay Devgn and Rakul Preet Singh.
The veteran actor will also be seen in Nag Ashwin's next untitled film, also starring actors Deepika Padukone and Prabhas. (ANI)