Bengaluru (Karnataka) [India], February 7 (ANI): A total of 16 young women, mostly from villages across Karnataka, are learning to shoot, handle terror, and improve their weapon-handling skills as part of the training for the first batch of the all-woman Garuda commandos of the Karnataka Police.
The pre-induction training of the special operational team Garuda, Karnataka's own anti-terror force, is underway at Bengaluru's Centre for Counter-Terrorism for these 16 women, led by Superintendent of Police M L Madhura Veena.
Karnataka Additional DGP (Internal Security) Bhaskar Rao on 5 February met the first batch of all-women Garuda commandos of the police. 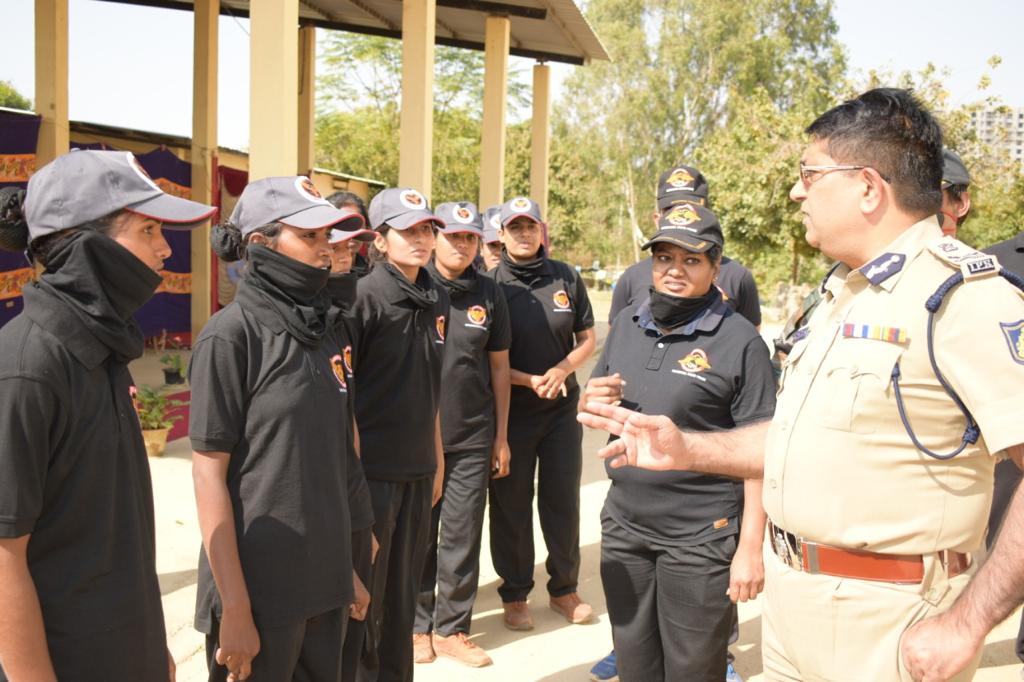 "The Garuda force of Karnataka police has got good training for the last eight years. It also got weapons as well. With the help of serving Brigadier, Lt Colonels and 20 JCOs of the Ministry of Defence, we have established the Centre for Counter-Terrorism Garuda force in Karnataka. After the 26/11 incident which took place in Mumbai, the central government took the initiative to provided NSG hubs for a few cities which are financially strong and need maximum security," Rao told ANI.
"Unfortunately, our state did not get NSG hub. But from the Defence Ministry, we got a few officers on deputation for the training. As of now, we have 170 commandos. After the basic training, we keep them with us for 3-4 years. Continuously they will undergo training about how to tackle terrorism activities. It is an investment in security. To tackle the terrorism activity we are giving training to our own police personnel," he said.
According to the senior police official, the Karnataka government has sanctioned training to 175 commandos, of which 40 posts were vacant. "For those vacant posts, we thought of training women commandos," the official added.
"We are giving good training to the women staff who are below 30 years of age. This training includes physical fitness and weapons handling. They have to be thoroughly trained. Other staff like KSRP, civil police, DAR, CAR cannot do these anti-terrorist operations. As it is an expensive training, it can't be given to all. The government is giving amenities to all these commandos because they all have to be on alert 24/7. We have qualified professionals and we are capable of neutralising terrorists," he said.

Women staff from Karnataka State Reserve Police (KSRP) and Karnataka State Industrial Security Force voluntarily came forward to take up training, Rao said adding that the training is being imparted to 16 women now.
"We had 35 women members initially. As physical fitness is more important for commandos, a few of them were sent back over this. We have 16 members now. The government has also given financial help to us. These women commandos will face what the men commandos face. Delhi police started this kind of training in 2013-14, but in between, it was stopped. We have started this here and we are hoping for the best," he said.
Explaining about the training activities, Rao said that this is not "ordinary training." The commandos have to undergo day and night training.
"After a woman commando undergoes training, she has to have the strength of fighting with 3-4 persons who have weapons with them. That will show the impact of training we gave. When women are working in all fields, we thought why not here," he said.
Training for these commandos would be provided in a continuous manner. There is no restricted training period. Every day there will be physical fitness, stress management, weapon training, explosives and breaching of door within a short span of time, the official said. (ANI)