New Delhi [India], November 23 (ANI): Bollywood actor Bhumi Pednekar on Monday unveiled a poster from her upcoming horror-thriller 'Durgamati The Myth' that features the star in a ferocious look. Earlier, the movie was titled 'Durgavati', and the makers have changed the title of the film.
The 31-year-old star took to Instagram and shared a gripping first look of her upcoming film. In the poster, Bhumi is seen sporting a spooky look while dressed in traditional wear. The first look features the actor in a never seen before look. The poster showcases a wall in which Bhumi is seen staring at the lens. 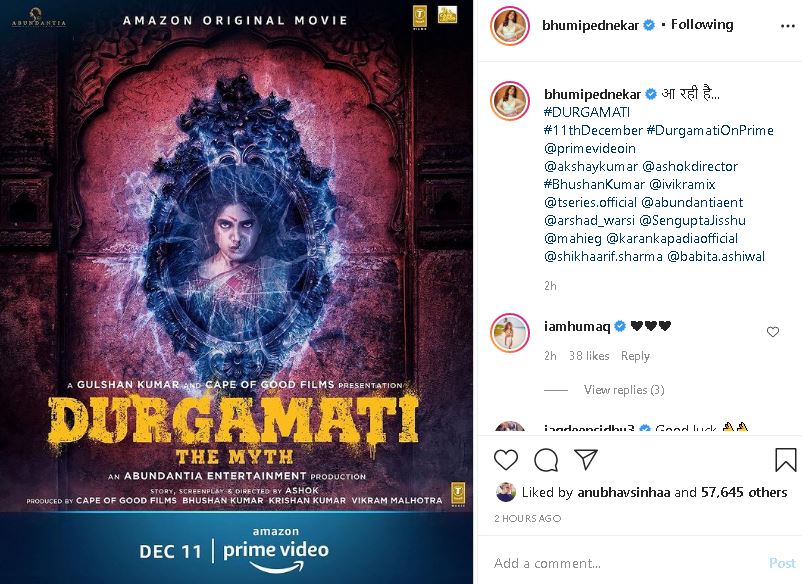 Pednekar captioned the post as, " Aa rahi hai, Durgamati. (Durgamati is coming)"
Akshay Kumar also tweeted to remind the release date of the film. He wrote, "Are you ready?. Meet #DurgamatiOnPrime on Dec 11, @PrimeVideoIN." 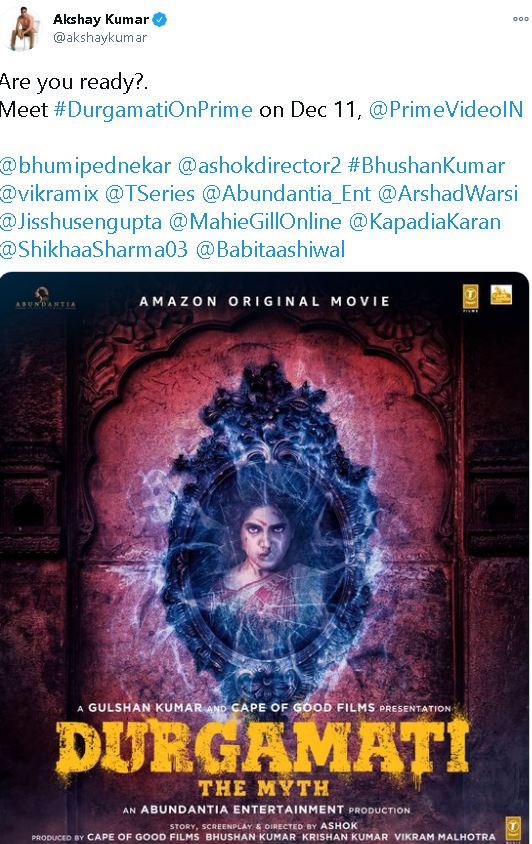 Last month, Pednekar shared a poster from the film and she wrote: "What's behind that door? You will know soon, 'Durgavati' releasing worldwide, 11th December 2020 on Prime."
Directed by Ashok, the movie is a thrilling, scary ride that tells the story of an innocent Government officer who is made the victim of a major conspiracy involving powerful forces. The film is presented by T-Series and Cape of Good Films and is an Abundantia Entertainment production. (ANI)