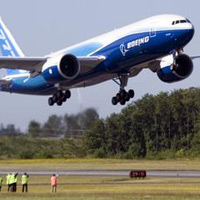 08 November, 2014
Print this article Font size -16+
The Civil Aviation Ministry has abolished the Aircraft Acquisition Committee (AAC) which used to permit import of planes by airlines and other operators, thus doing away with time-consuming procedures that affected the companies.

Instead of AAC, now on aviation regulator DGCA would carry out the necessary formalities for airlines, private parties and flight training schools to get their fleet of planes or helicopters, an official spokesperson said. He said the Ministry has done away with its control over aircraft acquisition by scheduled and non-scheduled operators, private operators and flying training institutes. "The permission for actual induction of aircraft will no longer be required from Ministry of Civil Aviation," he said.

AAC was abolished as it was "no more relevant". Matters relating to initial no-objection certificate (NOC) and in-principle approval for acquisition of aircraft by scheduled operators would now be processed by Director General of Civil Aviation (DGCA), the spokesperson said.

Henceforth, only the initial NOC to launch scheduled or non-scheduled air transport services and in-principle approval for acquisition of aircraft would be required from the Ministry, as part of the requirements under the Aircraft Rules and RBI guidelines, he said.

In the recent past, airlines had started objecting to the delays in the meetings of AAC to clear their aircraft orders, saying this adversely affected their commercial decisions to acquire and fly new planes and, hence, profitability.

It was only in October last year that Civil Aviation Minister Ajit Singh had constituted a new AAC under the Ministry to consider, examine and make recommendations on all proposals for permitting import or acquisition of aircraft for various purposes.

An official statement later said the abolition of AAC "will remove duplication and also reduce delays in seeking approval and do away with the cumbersome procedure which airlines have to follow before acquisition of aircraft.

"The decision will help airlines to plan better for future induction of aircraft and also maintain timeliness of acquisition," it said.

Between December 2011 and March this year, AAC had approved the acquisition of a total of 146 planes, including 35 each for IndiGo and Jet Airways-JetLite combine.

The spokesperson said the decision to abolish AAC was yet another step towards liberalisation in the civil aviation sector after allowing 49 per cent FDI in airlines.