Agriculture Export: How Can India Excel?

In the horticulture department, the country is world number 3 in the production of vegetables, while the export ranking of India is only 14th (data source: PIB). 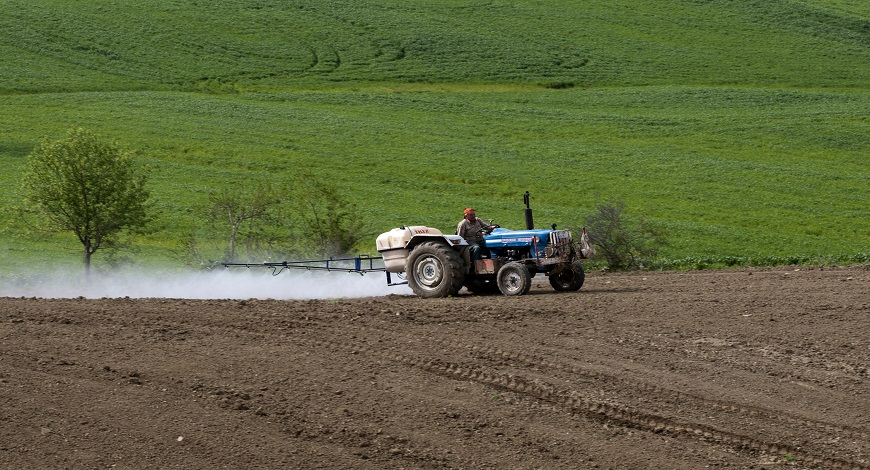 India has the benefit of tropical and sub-tropical climate range, making it conducive for a variety of crops. With the economy recovering from the pandemic slowdown, it is a golden opportunity for India to make its mark as a global crop producer and exporter. As per WTO's (World Trade Organisation) Trade Statistics, the agricultural exports as a percentage of India’s agricultural GDP has increased from 9.4 % in 2017-18 to 9.9 % in 2018-19. While progress is positive, it must accelerate at a faster pace.

In India, the export of agriculture is delegated to the Agricultural and Processed Food Products Export Development Authority (APEDA). The body is responsible for the export promotion and development of listed products including meat products, pickles, papadam, chutneys, dairy products, floriculture products, horticulture, and medicinal plants. APEDA plays a crucial role in strengthening India’s export potential along with encouraging better farmer realization and balancing out with the existing policies and aim of the Government of India. As per PIB (Press Information Bureau), India, exports of agricultural commodities from March to June 2020 increased by 23.24% compared to the corresponding period in 2019. This implies government policy of promoting exports is having a substantial impact.

The export strategy focuses on the promotion of fast-evolving niche markets of nutraceuticals (health-conscious food), development and promotion of “Brand India” on a war footing, and help reach the farmer reach to the international markets. To promote India as a brand, the government has also initiated sister initiatives such as “Krishi Vigyan Kendras”, which is being engaged to take export-oriented technology to farmers and creating awareness among them about existing export opportunities. Other agendas include focusing on the Gulf countries as the target market. The objective is to intensify the efforts to increase the Indian exporter's market share. Considering this aim, the Indian government has signed a 7 billion dollar food corridor deal with UAE.

To realize its ambitions, the government has also set up “Export Promotion Forums”, under the Department of Agricultural Cooperation & Farmers’ Welfare, Ministry of Agriculture. Each Export Promotion Forum shall have exporters of the said commodity as its members, along with official members representing concerned departments. The forums will discuss and make recommendations on issues about the export of the commodity in question. These forums shall focus on one product each, thus substantially boosting agri-exports. To maintain co-ordination, the Chairman of APEDA shall be the chairman of each of these forums.

The industry experts and officials will thus monitor and identify opportunities and developments in the national and international market. Other tasks will include the production and export of their respective commodity and recommend the necessary policy measures. The recommendations of the forum will be placed in the product committee of APEDA.

One imagines that such a well thought out system would certainly take farm exports to new heights. However, there are fault-lines visible when one looks at the disjunction between India’s production capacity and export numbers. For instance, India is the second-largest producer of fruits in the world but its export ranking is 23rd. In the horticulture department, the country is world number 3 in the production of vegetables, while the export ranking of India is only 14th (data source: PIB). As per WTO India currently claims the eighth position having exported goods worth $39 billion in 2019.

While the rank is not that terrible, India can do way better if underlying issues are addressed. For example, post-harvest losses are estimated to be from 10 to 25 percent in products like milk, meat, fish, and eggs. The estimated losses in fruits and vegetables are higher and reached from 30 to 40 percent. data source: PIB). This is due to poor on-farm management, a lack of cold storage facilities, and a transportation system. Further, the Indian export of farm products is a little over 2% of the global agriculture trade. This is due to the inward-looking policies that focus on the food security of its citizens only, and also because exports are in bulk which reduces their price. India does not process its food before export, the value addition can raise the export price by 300%!

Even if the Indian farmer can find an international buyer, the pesticides, and chemical residues higher than the Maximum Residue Limit (MRL) render the food products unacceptable. The country of import tests food import for ‘impurities’, which India fails to pass. Food items that do not pass the muster include several products such as Basmati rice, grapes, peanuts, mangoes, etc. Addressing these issues is a challenge, due to the lack of training and awareness among the Indian farmers regarding pesticide use.

It is worth noting, that the cultivator is not trained officially under government skill-building programs. To figure out what needs to be done to adopt the latest farm technology, appropriate research has to be carried out. However, the government spends Rs. 1,23,847.70 crore in 2018-19 as per the Department of Science and Technology. While this number seems huge, it is only 0.7% of the entire GDP, with agriculture research way behind in the priority list. For instance, the USA and Germany spend 7% of their GDP, mainly led by private industry on R&D.

The government is planning to double agricultural income by 2022. Focusing on export is key to achieve this target. While the government has taken proactive steps to overcome all bottlenecks, a lot is left to be achieved.