After over a year's delay, Ranveer Singh's '83' gets theatrical release

After over a year's delay, Ranveer Singh's '83' gets theatrical release

New Delhi [India], February 19 (ANI): Bollywood actor Ranveer Singh announced on Thursday that his highly anticipated film '83' will get a theatrical release on June 4 this year.
After getting delayed for over a year, Ranveer Singh's sports drama '83' has finally got a new release date. The 'Padmaavat' actor took to his Instagram handle and confirmed the news with a post that read, "June 4th, 2021 !!!! in Hindi, Tamil, Telugu, Kannada and Malayalam. See you in cinemas !!! #thisis83." 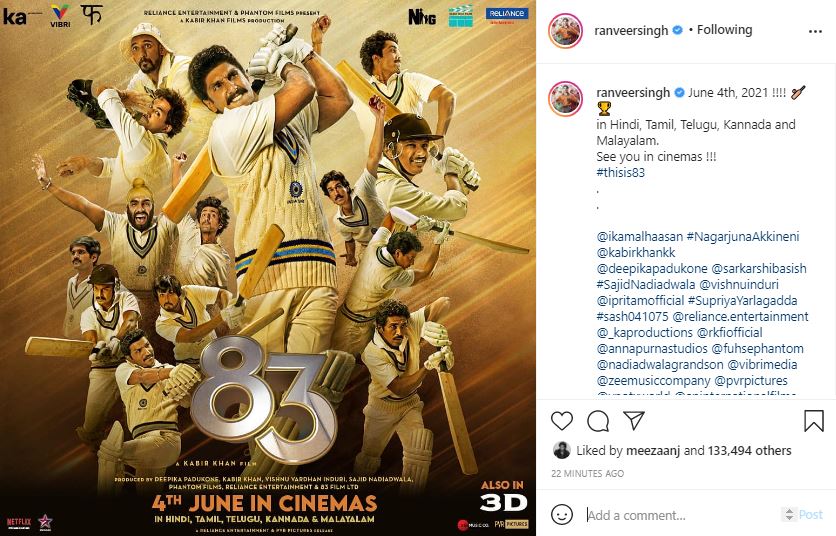 Singh essays the character of the legendary Indian cricketer Kapil Dev who led India to its first Cricket World Cup victory back in 1983. The sports-drama also stars Deepika Padukone in the lead role opposite Ranveer Singh.
The movie is being co-produced by Madhu Mantena, Sajid Nadiadwala, and Reliance Entertainment. Helmed by Kabir Khan, the film was originally slated to release on April 10 last year. (ANI)