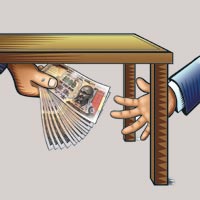 08 November, 2014
Print this article Font size -16+
Activist Arvind Kejriwal on 10 October said he along with disabled activists will gherao the residence of Congress chief Sonia Gandhi on 12 October demanding resignation of law minsiter Salman Khurshid following allegations that the NGO run by him and his wife has indulged in irregularities.

Kejriwal, who also demanded Khurshid's resignation from the Cabinet, announced his protest programme after a group of 35-40 disabled persons met him at his office here.

"Money bungling in the NGO floated by the law minister's wife is a matter of shame. It is unfortunate to have such law minister in the country. We demand resignation of the law minister and immediate arrest of his wife. We will gherao Sonia Gandhi's residence asking for Khurshid's resignation," Kejriwal said.

A Hindi news channel on Tuesday alleged that the NGO forged signatures of senior officials in several districts of Uttar Pradesh depriving disabled people of their money.

Khurshid's wife Louise Khurshid denied the allegations and said it was "devoid of any merit, and is false, malicious and baseless".

In a statement, she said she herself had requested UP chief minister Akhilesh Yadav on September 17 to conduct an inquiry so that "truth is revealed and it is established that the Trust has not forged the signatures of any officers of the state of UP".