After China's Probe, Jaguar To Cut Prices On 3 Models 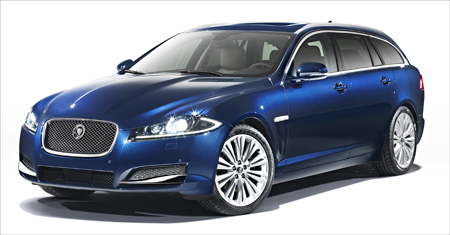 Jaguar Land Rover will cut prices on the cars by an average of 200,000 yuan ($32,300) starting Aug 1, after the National Development and Reform Commission (NDRC), China's state planner, launched an investigation into the auto industry, the company said in a statement on Friday (25 July).

"Due to the importance of the Chinese market, Jaguar Land Rover China immediately set up a process to review our pricing and decided to voluntarily reduce the price of three models," the carmaker said.

Tata shares slumped 5 per cent on Friday, their biggest single-day fall since January.

China's auto sector, dominated by foreign players such as Volkswagen AG and Toyota Motor Corp, has become the latest industry to be targeted by antitrust regulators, who have already punished companies in sectors ranging from milk powder to eye glasses over pricing.

Last week, local and foreign media reported that foreign car makers including Mercedes-Benz were being probed by NDRC for possibly over-charging customers in China.

Earlier this week, Nicholas Speeks, head of China sales at Daimler AG's Mercedes-Benz, said he was unaware of any NDRC investigations but added that the price regulator had expressed some concerns to the German luxury carmaker. It did not elaborate.

Jaguar said its price cut was in response to the industry investigation by the NDRC's Bureau of Price Supervision and Anti-Monopoly.

NDRC said in the past that it was collecting evidence of possible anti-competitive behaviour in China's vehicle and autoparts market.