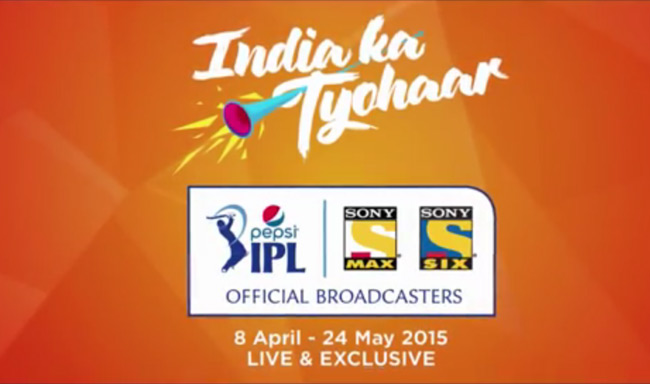 Host broadcaster Sony India, sponsors like PepsiCo India, Vodafone India and certain key officials within the Board of Control for Cricket in India (BCCI) are in a huddle after two franchisee teams – Rajasthan Royals and Chennai Super Kings – were suspended from the Indian Premiere League (IPL) for two years by a Supreme Court appointed panel as a direct outcome the betting scandal that hit IPL two years ago.

On Tuesday the verdict of the Justice Lodha committee was to suspend two of the most successful franchises of the league, Chennai Super Kings and Rajasthan Royals for two years on charges of betting and match-fixing. The co-owners of Chennai Super Kings (Gurunath Meiyappan ) and Rajasthan Royals (Raj Kundra) have been banned from cricket for life.

The advertisers, officials related to broadcast of IPL and the media agencies that BW spoke to sounded in unison –the future of IPL, its financial viability, viewership etc will now depend on how BCCI takes course corrective steps.

According to experts, a six-team IPL is financially not feasible due to reduced number of matches which in turn leads to reduced on-air advertising slots for the host broadcaster Multi Screen Media that airs the IPL matches on its network of Sony Entertainment Channels.

“Two teams less means reduced matches which in turn mean lesser ad slots. That scenario simply means lesser revenue for the host broadcaster. Why will a host broadcaster suffer losses because of problems in the management of two franchisees? BCCI will need to get two more teams or compensate the broadcasters,” said a head of sports marketing firm that handles key IPL players. “There is some degree of uncertainty at the moment. Let’s wait for the BCCI to respond and let’s not get into speculations,” he added.

When contacted, a senior sport administrator associated with the BCCI said: “The board has a lot on its plate. It must realise that the IPL is now under a global spotlight because of non-cricketing issues. Creating overnight teams out of thin air may not work every time to suite television interests.”

BCCI insiders say in two months or so, the same Justice Lodha committee will come out with concrete suggestions on improving the functioning of the board itself. “Even the board may have to wait before looking into easy short cuts and quick fix solutions like it has done in the past,” said a former state-level cricketer who is familiar with cricket administration matters.

"The verdict has just been announced and we are reviewing our position in the matter," Aircel said in a statement on Tuesday.

According to Shailendra Singh, Joint Managing Director, Percept Holdings, “T20 as a sport will survive, but the corrupt administration will finally fall apart”. Singh said he hopes that the BCCI will be able to now clean up some of its systems and unfair practices. “Advertisers should renegotiate as the brand IPL has taken severe hit now,” Singh said.

Melroy D'Souza, chief operating officer at Professional Management Group believed that the sponsors associated with CSK and RR (like Aircel and Ultra Tech cement) will not suffer because of the manner in which the sponsorship contracts are drafted where payments are linked to team’s participation, etc.

Paytm, the mobile wallet firm and a sponsor for IPL 2015 season has decided to adopt a “wait and watch” policy as there are eight more months to go before the start of next IPL season.