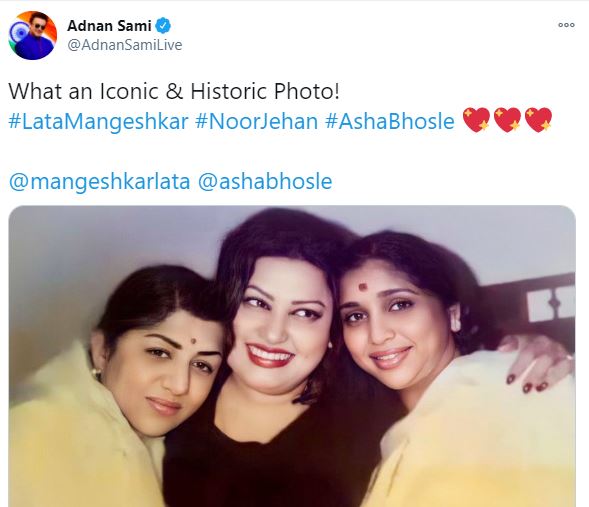 The post shared by Sami has been trending over social media as it captures the three queens of melody in one frame. The snap gives a flashback of young 'nightingale of India' Lata Mangeshkar with her singing maestro sister Asha Bhosle and late megastar Noor Jehan who is proclaimed as 'Mallika e Tarannum'.
Noor Jehan was one of the earliest and most acclaimed stars of Hindi cinema. However, she later relocated to Pakistan after the partition.
Lata Mangeshkar has often reminisced about her fondness for Jehan in her interviews. Both the songstresses met each other during the 1945 drama film 'Badi Maa'. Mangeshkar had a small acting role, with her younger sister Asha Bhosle, alongside Noor Jehan. (ANI)