Adani To Invest Rs 25,000 Cr In Energy Project in Chhattisgarh 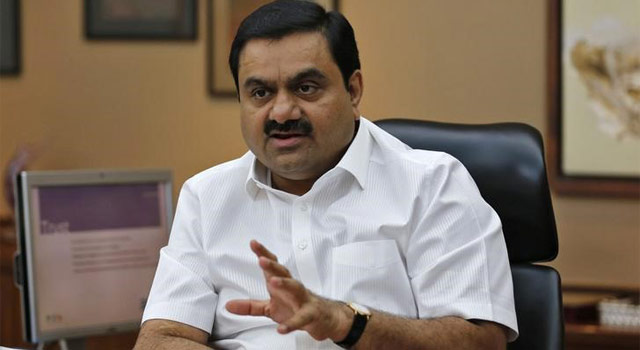 24 August, 2015
Print this article Font size -16+
The Adani Group said on Monday (24 August) it would invest Rs 25,000 crore ($3.75 billion) in a coal gasification project.
Adani said in a statement the project would be launched in Chhattisgarh, one of India's poorest, where there is an abundant supply of poorer quality coal containing high ash.
It said it would also invest Rs 200 crore in a rice bran solvent extraction plant and a physical refinery packing plant in Chhattisgarh.
Headed by billionaire Gautam Adani, the Adani Group's operations include coal mining, power plants, ports and logistics.

Adani Group, a global integrated player, signed a MoU with the government of Chhattisgarh to develop two critical projects which are estimated to be around Rs 25, 200 crore.

Gautam Adani, Chairman, Adani Group, said, “These projects will help the state of Chhattisgarh strengthen its overall socio economic status. We also feel these two projects will play an instrumental role in assisting the larger national agenda of inclusive growth for all and is demonstrative of our continuous efforts of nation building”.

The two projects comprise of a Coal to Poly-generation (CTP) Project and a Rice Bran Solvent Extraction Plant & Refinery. The MOU was signed by Subodh Kumar Singh, Secretary-Industries of the State and Rajesh Jha and K.S. Varshney from the Adani Group.

Dr Raman Singh, Chief Minister, Chhattisgarh said, “Both these projects will not only enhance the economic growth of the state but will also create substantial employment opportunities for the people of Chhattisgarh”.

The CTP project has the potential to generate 5000 jobs as well as substantial revenue to the state of Chhattisgarh. In addition to this, the project will strengthen the overall socio- economic status of Chhattisgarh State.

The second project cost is estimated to be around Rs 200 crore and has the potential to generate more than 600 jobs in the state of Chhattisgarh. The proposed project will not only help in increasing the potential of rice bran oil production in the state but will also help in generating employment and economic growth in the region of operation.